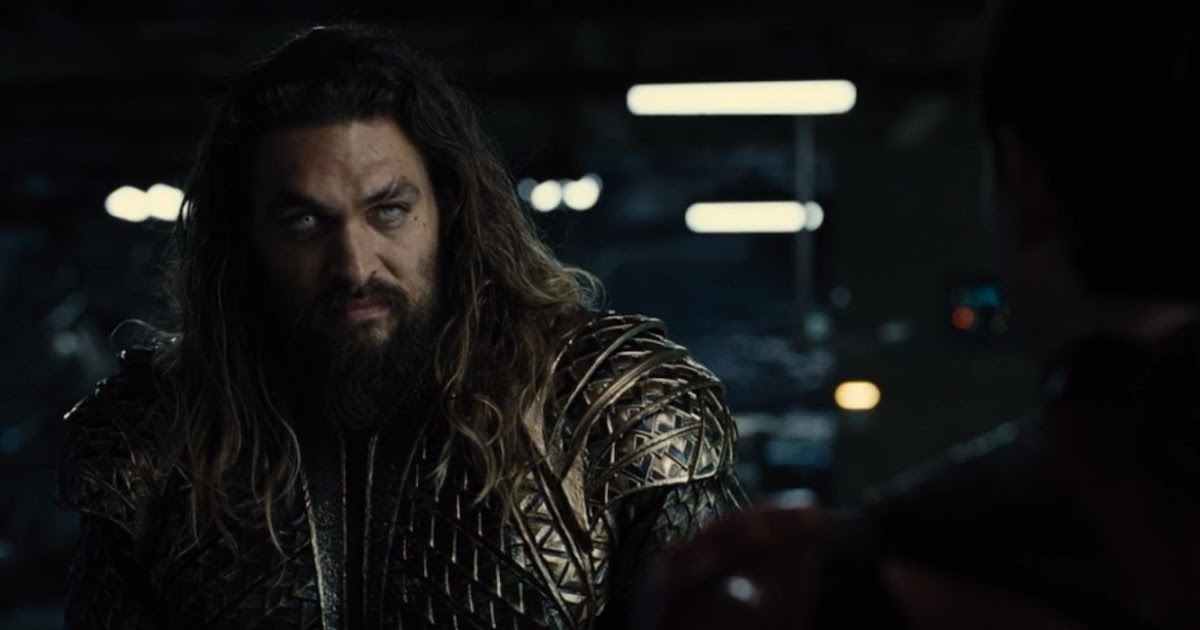 Though the DC Extended Universe tends to be full of characters secluded and depressed vigilantes, there are actually a surprising amount who do have a fun streak. When it comes to living with any one of them, there’d be some surprising outcomes.

Between psychotic but entertaining anti-heroes, sarcastic sidekicks, and heroes who have fun with their superpowers, there are loads of DC characters who would be fun to live with. But there are just as many who would be total doom and gloom, and living in Wayne Manor might not be worth dealing with Bruce’s constant brooding.

Even though he was the laughing stock of DC and was made fun of to no end in movies and TV, Warner Bros. completely subverted expectations by making Arthur Curry a surfer-like, tattoo-covered, bearded titan. Aquaman is the coolest superhero not just in the DC Extended Universe, but he’s even cooler than some heroes in the MCU too.

As long as he trusts them, the king of Atlantis can be relaxed and friendly around people, and he’d be great to have a beer with. It’d also be a breath of fresh air living in Djupavik, the small fishing village where Curry resides, as it’s worlds away from the undoubtedly polluted metropolitan cities of Gotham and Metropolis.

It might seem great to live with Bruce Wayne without thinking too much about it, as the character lives in a mansion, is waited on hand and foot, and has access to so many fun toys. His roommate could never be bored, and though Robin was one of the reasons why Batman Forever was negatively received, it was certainly an accurate portrayal of how fans would act if they lived in Wayne Manor.

RELATED: DCEU – 10 Funniest Goofs & Mistakes That Made It Into The Movies

However, no amount of gadgets could ever possibly make up for the fact that Bruce Wayne is morbid and miserable. It seems like the character is perpetually grieving, and his roomie is the one who would have to be the shoulder for him to cry on. And unfortunately, he’s the one billionaire philanthropist playboy who doesn’t through wild parties all the time.

What’s even better is that Alfred isn’t the overly emotional butler that he was in the Dark Knight trilogy and the anthology movies. He’s more of the sarcastic type, meaning he’d be more fun to be around. Alfred is more hands-on with Batman’s tech too, which is part of the reason why Alfred should get his own HBO Max show, but it’s also why he’d make a great roommate.

In a world where Darkseid, the villain who waged war on Earth, and Joker, a mass-murdering psychopath, both exist, Amanda Waller is possibly still the most frightening. Based on Suicide Squad and The Suicide Squad, Waller’s roommate would constantly be on edge due to the ceaseless underlying threat of murder.

Roommates would surely suffer her wrath and have to endure her terrifying tirades for simply not immediately washing the dishes or spending too long in the bathroom. The only pro her roommate would get out of the relationship would be finding out the many secrets she has, as Waller is the subject of several unanswered mysteries about the first Suicide Squad movie. But even then, that comes at the risk of knowing too much and being shot in the back of the head.

It seems a bit strange being roomies with Shazam considering he’s essentially a teenager who is still in school. However, Billy Batson’s superhero alter ego is so entertaining and he’s one of the few superheroes who doesn’t take his abilities so seriously. Shazam is one of the most rewatchable movies in the DCEU, and that’s partly because of how fun the character is.

However, Shazam is a package deal and potential roommates wouldn’t just be living with him, but a whole group of foster children with loads of baggage. But the thing is, Billy’s best friend and foster brother Freddy might even be more fun to live with for DC fans. Freddy is the biggest DC enthusiast, as he collects superhero memorabilia and has an almost unhealthy obsession with Superman.

Being what is a strange coincidence in Justice League, many of the heroes have major daddy issues. Bruce Wayne is still traumatized from his father’s death, and Barry Allen’s father is in jail. But more than any of them, Victor stone has the most strained relationship with his dad, and any potential flatmate would have to deal with the baggage that comes with that.

RELATED: 10 Biggest Secrets The Main Characters Kept In The DCEU

Before his accident, Victor would have made a great roommate, as he was charismatic, an overachiever, and enthusiastic about sports. He was possibly the most interesting DCEU character, but though he is still part human, he lacks any kind of emotion or personality.

The character is a complete pleasure seeker, whether it’s clubbing or blowing up chemical labs with fireworks. Sometimes she simply wants to watch TV too. Harley Quinn might seem dangerous and like somebody people shouldn’t mingle with, but she’s the best anti-hero in the DCEU. As long as her roommate stays on her good side, she’s totally harmless and if anything, she’d have their back. On top of that, her roommate would have access to a ton of outrageous and fun outfits.

Surprisingly enough, there are many reasons why King Shark could be a wild card and quite exciting to live with. In The Suicide Squad, King Shark showed that he isn’t just a vicious, blood-thirsty fish who tears people’s limbs apart, but there’s actually a humane side to the character too.

It’s almost as if the naive shark just wants somebody to play with, as he mistook the Clyrax fish in the tank at Jotenheim as friends. But at the end of the day, he is still a meat eater who could turn on his flatmate at any second.

2017’s Wonder Woman and 2020’s Wonder Woman 1984 could be considered the best and worst movies in the DCEU, but if there’s one thing they have in common, it’s the amazing costume designs. More so than Harley Quinn, Wonder Woman’s roommate would be doubling their wardrobe with decades-spanning outfits.

As the character is centuries old, she has pencil skirts and fur-lined coats of the 1910s and velvet tracksuits and shoulder-padded jackets of the 1980s, just waiting for them to come back into fashion. Outside of a bigger closet, her roommate could learn a lot of life lessons too. Though she can be overly competitive at times, Princess Diana could teach her roommate a thing or two about compassion, and she’d give some of the most fascinating history lessons.

Ironically, many members of the Justice League would be terrible to live with despite being heroes. Along with Cyborg and Batman, Superman would be the worst to live with. Though he does have a lot of compassion like Princess Diana and people could learn a great deal from him, he’s simply a wet blanket.

Where Diana still has a fun streak and is outgoing, Clark doesn’t seem to understand the concept of fun, at least not the DCEU version of the character. Though he is kind-hearted and would certainly pay the rent on time, Superman would be an absolute bore to live with.

NEXT: 10 Best Comics References In The Snyderverse