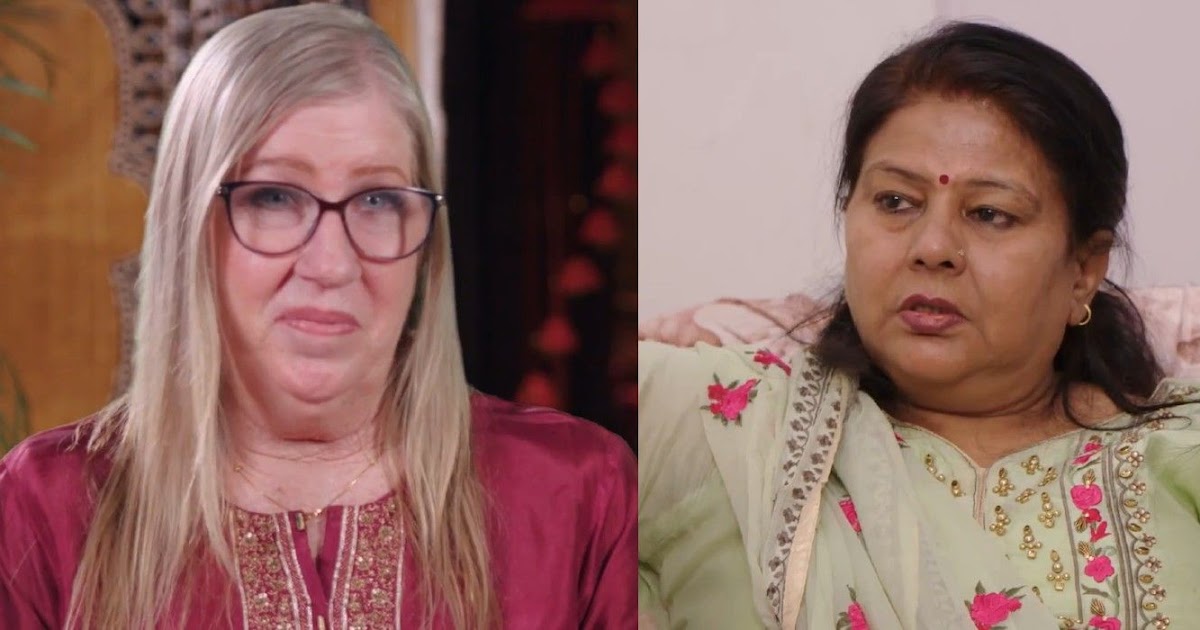 Jenny Slatten from 90 Day Fiancé: The Other Way is not happy with Sumit Singh’s mom Sadhna’s latest sly strategy to disrupt their relationship. Ever since their first meeting in 2013, Indian man Sumit and Palm Springs resident Jenny have wanted to get married. The fact that Sumit’s parents Anil and Sadhna didn’t approve of Jenny being 63 didn’t affect the American woman who was blindly in love with the call center employee even after he catfished her and got a secret wife. However, despite Sumit’s divorce, he couldn’t call Jenny his wife due to his mother’s emotional blackmailing. And as Jenny’s future in India looks worrisome than ever, Sadhna has hatched a new plan to ruin the 90 Day Fiancé love story.

Delhi resident Sumit’s dishonesty has always been something that fans have called him out for and in a recent 90 Day Fiancé: The Other Way episode, he revealed that the reason behind him always lying is his mom. As it turns out, Sumit and his household consider Sadhna “the boss” due to whom he learned to either lie or suffer. Having lost her daughter when she was 8 months old, Sadhna filled the hole in her heart with Sumit’s ex-wife who she grew close to. But it was due to Jenny that Sumit divorced the woman. Sumit now thinks that his mother is out to get revenge from him and Jenny for taking her “other daughter” away from her by not accepting their relationship or giving them permission to marry.

In the latest of Sadhna’s endeavors to sabotage Sumit and Jenny’s coupling, she will be moving into their house along with her husband Anil. According to a preview for 90 Day Fiancé: The Other Way episode 7 posted by People

, Sumit, Jenny, Anil, and Sahna are seated at a counselor’s office and the matriarch announces that she wants to stay with Sumit and Jenny to teach the elderly American lady to become an ideal Indian bride. “I want for our entire family to live together,” adds Sadhna, and when Sumit translates her Hindi for Jenny and revealed she wants to “shift,” Jenny’s only reaction to it is “hell no!” Sadhna also tells the counselor that if she thinks Jenny “is capable of being like an Indian daughter-in-law, then I’ll think about it.”

When a producer asks Sadhna what her real motive was behind taking this drastic decision, the mom reveals that she “never got the idea from anywhere,” but that she’s made up her mind that she’ll “live in Sumit’s house.” Sadhna also adds, “I wanted to live with him because I have an attachment to him and Sumit is very attached to me,” but she confesses that she “cannot let go of Sumit, absolutely not.” According to Sumit, his parents are giving them a “chance to prove” that Jenny and he “deserve” each other. “It’s test, you can say that,” Sumit explains and also makes it clear that it’s what he wants as well.

Although Jenny scoffs at the idea, Sumit is happy to get a chance to show his parents how much he’s progressed in life, while at the same time he’s “shocked” and “very nervous” too. Sumit does feel that his mom possibly has a wrong intention to create trouble for him and Jenny. Still, mama’s boy Sumit is taking it as a positive sign without taking Jenny’s opinion into consideration, clearly. It appears that Jenny now has another hurdle to worry about on 90 Day Fiancé: The Other Way. And unless she manages to impress Sadhna with all her might, she might just have to come back to the U.S.A.