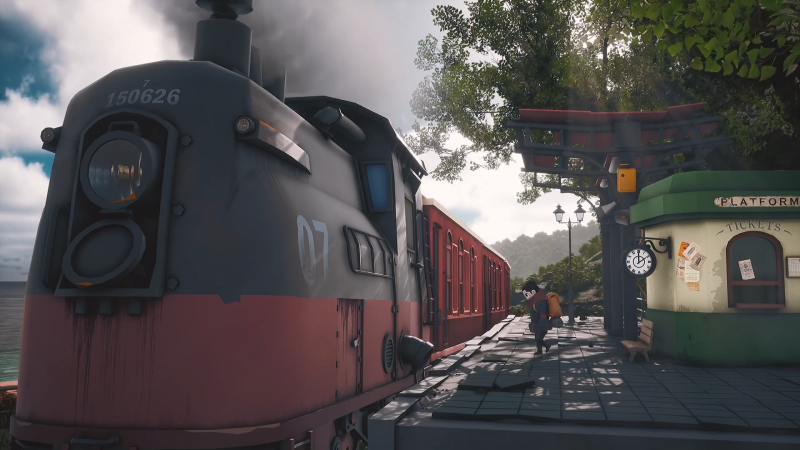 Today’s PlayStation State of Play showcase ended with Neostream Interactive’s quirky action-adventure game Little Devil Inside. You can watch the new trailer above.

Set in a somewhat Victorian world, you’ll set off into the wilderness on research assignments at the behest of a university professor. Though, the critters and beasts of Little Devil Inside are more extraordinary than those in the real world, many of which are supernatural. In the new footage, we were treated with a view of what it’s like to set out on one of these journeys, complete with a narrated train ride and traveling around the world map. You’ll talk with residents and roam around towns to find more information on your mission. Billy, the name given by the narrator, encounters all kinds of dangers like an octopus-infested indoor pool and a mechanical contraption that chases him through a tunnel. To survive in the wild, Billy will have to fish, cook, and struggle through blizzards.

Little Devil Inside was the indie standout from last year’s PlayStation Future of Games’ stream, but its history goes back quite a bit further. Neostream originally pitched Little Devil Inside as a Kickstarter project, successfully bringing in over $230,000 to fund the game, including a stretch goal to release on Wii U. Obviously, years have passed since then, and there was still no release date given today.

Little Devil Inside is being developed for PlayStation 5, PlayStation 4, Xbox One, Switch, and PC.

What do you think of the new Little Devil Inside footage? Are you itching to survive its world and battle the monsters, uh, inside? Let us know in the comments below!