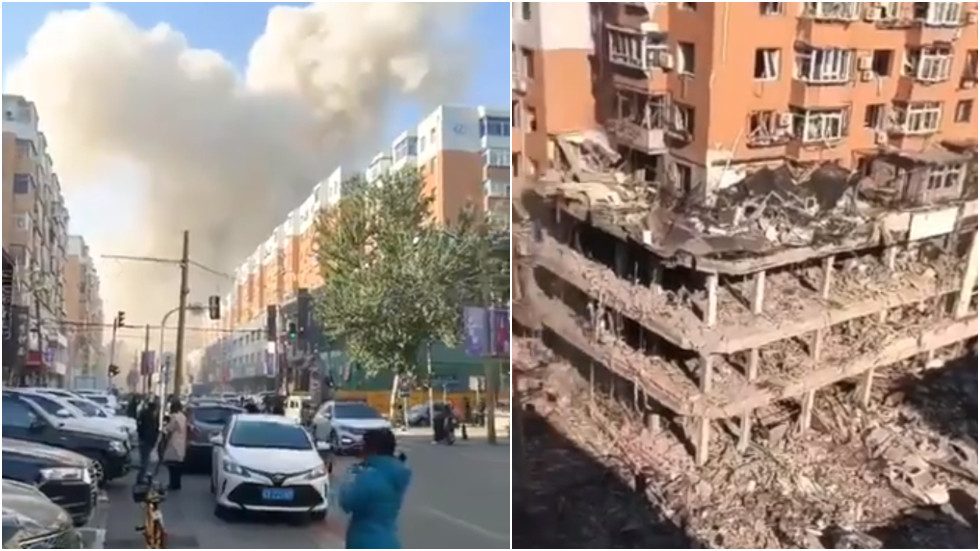 A powerful gas explosion tore through a street in the Chinese city of Shenyang, reducing nearby buildings to rubble and injuring dozens. At least 3 people were killed in the blast.

The massive blast erupted around 8:30am local time on Thursday, state media reported, noting that it’s not clear what triggered the explosion so far. More than 30 people were wounded, and have all been taken to the hospital.

Footage on social media shows the moment of the explosion, which sent enormous plumes of dust into the sky, while other visuals show the aftermath of the blast.

Twisted metal and rubble can also be seen scattered around the area, while nearby buildings and cars appear to have sustained catastrophic damage.

The explosion originated at a barbeque restaurant on a busy street of Shenyang city, according to local reports cited by Reuters, which also noted that nothing remains of the establishment beyond “exposed structural beams.” More than 100 first responders were sent to the scene, officials said.

The death toll initially stood at one soon after the blast, but has since reached three and could continue to rise as emergency workers get a handle on the scene.