Australian NSW premier Berejiklian RESIGNS amid corruption probe, says only regret is not seeing end to her own draconian lockdown 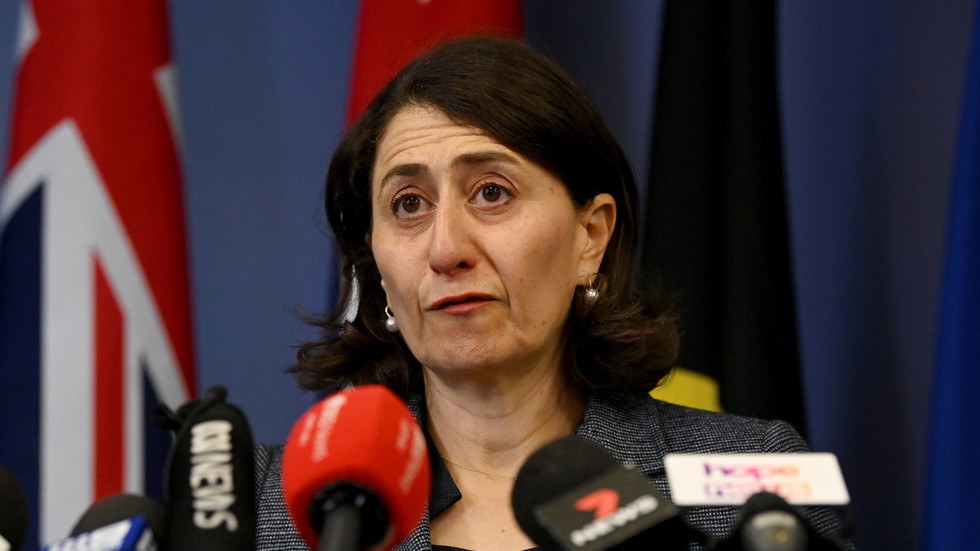 The head of the Australian state of New South Wales, Gladys Berejiklian, has abruptly resigned just before a corruption watchdog launched a probe into potential misconduct, stating that she had “no option” but to quit.

“My only regret will be not to be able to finish the job to ensure the people of New South Wales transition to living freely with Covid,” Berejiklian – among the country’s most vocal advocates of draconian lockdown measures – said on Friday, as she announced her resignation, soon after the state’s Independent Commission Against Corruption (ICAC) declared an upcoming probe.


Despite her resignation, Berejiklian stated “categorically” that she had “always acted with the highest level of integrity” while in office, lamenting that the move came during the “darkest days” in NSW’s history – presumably referring to the ongoing Covid-19 pandemic, which has kept NSW in a near-perpetual state of lockdown for months on end.

The ICAC said it will investigate potential conflicts of interest linked to public grants awarded to certain organizations between 2012 and 2018, some of which occurred prior to Berejiklian’s premiership, when she served in a lower office in the state government. The corruption watchdog will hold public hearings later this month to probe the matter further.

The investigation initially centered on former NSW legislator Daryl Maguire, alleging that, while Berejiklian had been in a “secret” personal relationship with him, she may have “engaged in conduct that constituted … a breach of public trust” by helping to funnel government grant dollars into organizations in Maguire’s district.

Maguire, who previously served alongside Berejiklian in the state’s Liberal Party, resigned in 2018 over a separate series of corruption allegations linked to property deals with an overseas developer.

Also on rt.com
Victoria, Australia will ‘LOCK OUT’ unvaccinated people from its economy