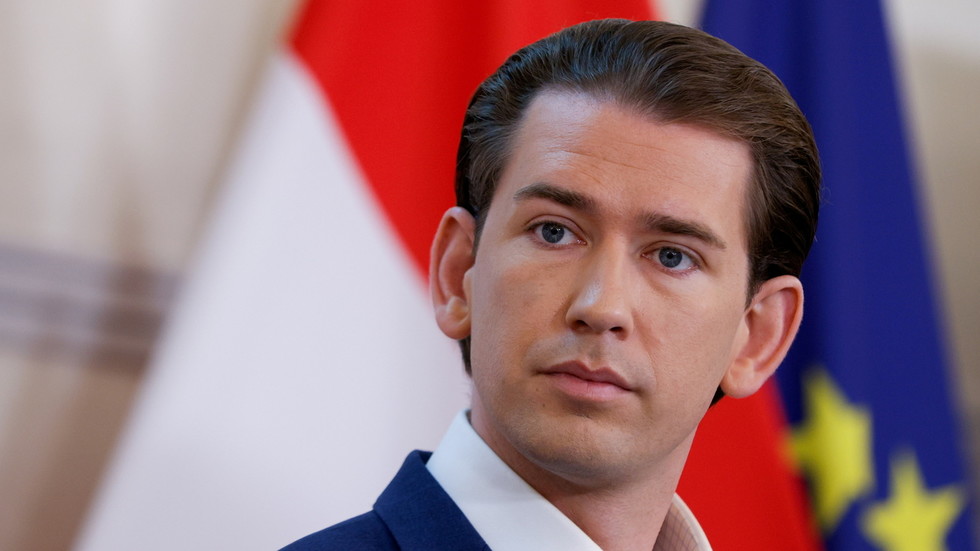 Austrian Chancellor Sebastian Kurz on Saturday said he’s resigning amid a corruption probe that threatened to unravel his ruling coalition. Kurz, who’s replaced by his FM, denies the allegations, vowing to fight to clear his name.

Kurz said in a televised statement on Saturday that he is relinquishing his role as chancellor and will become leader of the Austrian People’s Party (ÖVP) in parliament as he works to clear his name of graft allegations. He called for Minister of Foreign Affairs Alexander Schallenberg to replace him as chancellor.

The move averts a “no-confidence” vote after Austria’s Greens Party, which had campaigned on a promise of “clean politics” before joining the ÖVP-led ruling coalition last year, called on Kurz to step down. Prosecutors said on Wednesday that they were targeting Kurz and nine others on suspicion of bribery and other corruption offenses.

Also on rt.com
Austria’s Chancellor Kurz & 9 others under investigation for breach of trust, corruption, and bribery after police raids


Given that ÖVP couldn’t pass motions without the support of its junior coalition partner, “I would therefore like to make way in order to end the stalemate, to prevent chaos and to ensure stability,” Kurz said in his Saturday statement.

He added that in the current phase of the Covid-19 pandemic and Austria’s economic recovery, what the nation needs now is “stability and responsibility.”

At the same time, Kurz continued to deny wrongdoing, vowing, “I will, of course, use the opportunity to refute and disprove the accusations that have been made against me.”

Opposition leaders had reportedly planned to introduce a no-confidence motion in Parliament next Tuesday. The Greens said on Friday that Kurz, who had already been under investigation for alleged perjury in a separate case, was no longer fit to lead as chancellor. The environmentalist party added that ÖVP needs to appoint an “irreproachable person” to replace Kurz.

Kurz, 35, was Austria’s chancellor from December 2017 to May 2019 and swept to power again in January 2020, after his conservative party won nine additional National Council seats and came to terms with the Greens on a ruling coalition. He has been a vocal critic of European Union asylum-seeker policies and said in August that Austria wouldn’t accept any more Afghan refugees.

Carl Bildt, co-chairman of the European Council of Foreign Relations, said that with Kurz’s decision to step down, “the immediate crisis in Austria is over.” If the Greens accepts the choice of Schallenberg as chancellor, the ruling coalition will likely hold together.

Facing defeat in parliament, 🇦🇹 PM Kurz steps down and hands over to FM Alexander Schallenberg. The coalition continues, and Kurz will focus on answering the accusations leveled against him. The immediate crisis in 🇦🇹 is then over. pic.twitter.com/2tKZvMGQww