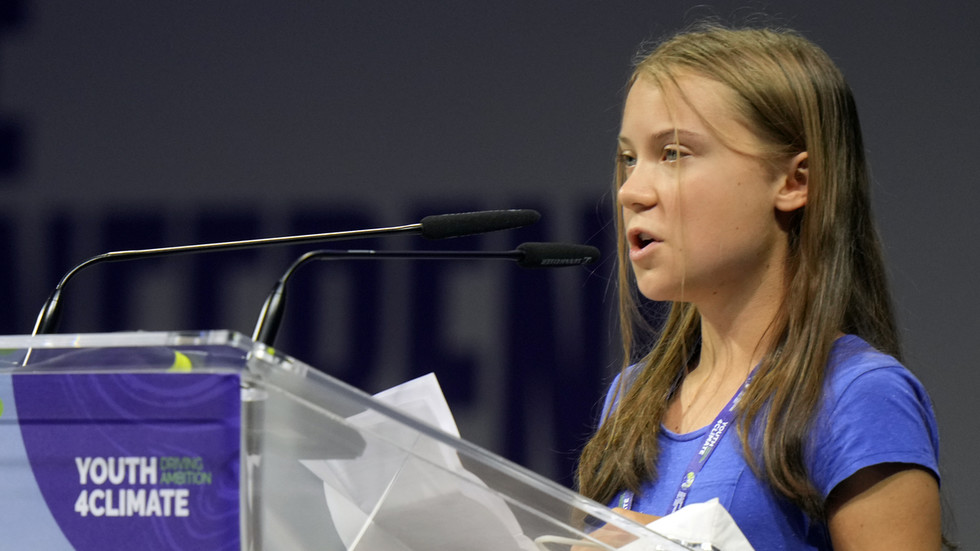 Climate awareness activist Greta Thunberg tore into “empty” slogans from world leaders in a speech on Tuesday, singling out ‘Build Back Better’ and ‘green economy’, and calling on politicians to take genuine environmental action.


During a speech at the Youth4Climate summit in Milan, Italy, Thunberg criticized the slogans which have been frequently used by US President Joe Biden, UK Prime Minister Boris Johnson, and other world leaders.

“Our hopes and ambitions drown in their empty promises,” she continued, arguing that the fight against climate change is more than just “politically correct” slogans intended to make people feel better while no considerable action is taken.

It’s not the first time that Thunberg has torn into world leaders and politicians, having famously delivered a fiery speech at United Nations Climate Summit in 2019 where she accused leaders of caring only about money and “eternal economic growth.”

“People are suffering. People are dying. Entire ecosystems are collapsing. We are in the beginning of a mass extinction and all you can talk about is money and fairytales of eternal economic growth. How dare you!” she declared at the time, pointing out that the science of climate change has been clear for “more than 30 years.”

Thunberg also questioned whether world leaders who say they “understand the urgency” and yet keep on “failing to act” could be considered “evil.”

Also on rt.com
You pollute, you pay! Russia touts plans to make corporations cough up cash for CO2 emissions in new bid to tackle climate change