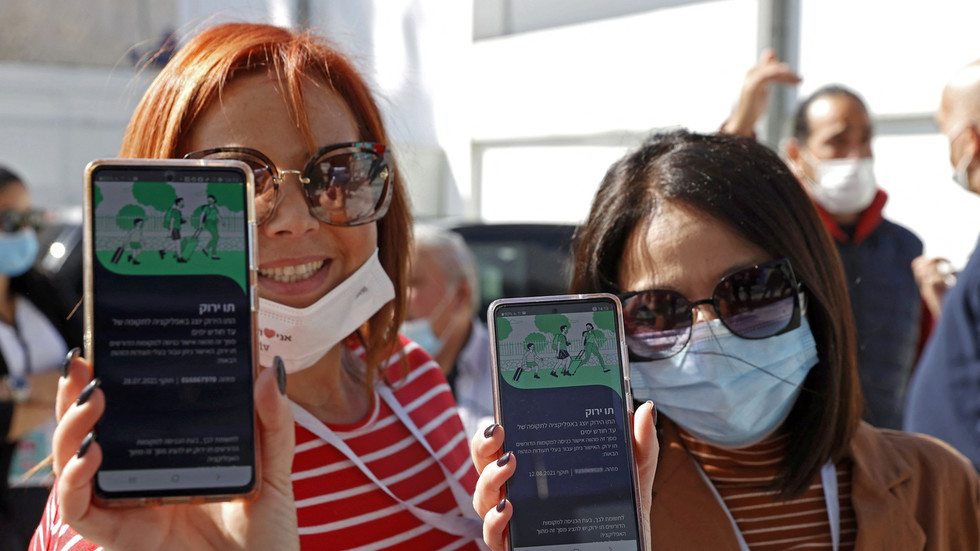 Israel has revoked all Green Passes issued to date, with the new guidelines limiting Covid-19 immunity status only to those who recovered or received their latest vaccine shot within the last six months.

At least 1.5 million Israelis lost their Green Passes as the new rules kicked in on Sunday, according to the Jerusalem Post, while Channel 12 news estimated the number to be close to 2 million. Those eligible have been issued a replacement certificate.

The new guidelines stipulate that a person maintains their immunity status only for six months after receiving their second or third dose of the vaccine. Those with natural immunity also get a pass, but must receive a vaccine shot six months after recovery – or lose the privilege.

Those neither recovered nor vaccinated, including children under 12 who are not yet eligible for the jab, can get a limited 7-day pass after a negative PCR test. The results of a rapid antigen test will only be valid for 24 hours.

The Green Pass is a digital certificate that allows Israelis to visit bars, restaurants, swimming pools and other venues, as well as all indoor or outdoor events of more than 100 people. Kids under the age of three are exempt.


Israeli officials, however, have recently been caught admitting that in many situations the pass system is not “medically justified,” but exists to pressure more citizens into getting vaccinated. Israel has indeed largely led the world in vaccinations and boosters. Out of a population of some 9.2 million, over 5.6mn Israelis were vaccinated with two doses and nearly 3.5mn already received their third jab as of Friday.

The debate over booster shots has been picking up steam globally, as a growing body of evidence indicates that vaccine-induced immunity wanes over time, with some research suggesting the Delta variant mutation may explain the decline in protection.

In the US, the Food and Drug Administration (FDA) rejected the White House’s call to authorize them to the general adult population, only recommending it for the elderly. The Centers for Disease Control and Prevention (CDC) went a step further, expanding the booster advisory to “those in high risk occupational and institutional settings.”

But Israeli authorities have doubled down, not only rolling out boosters for everyone aged 12 and older, but also hinting that further boosters every six months could become a part of “life from now on.”

Also on rt.com
‘This is life from now on’: Israel’s coronavirus czar warns people to prepare for a ‘fourth injection’ of Covid vaccine