Donald Trump has given a lot of people s**t, so someone decided to return the gesture in kind … with a load of dog poop plastered over his star on the Hollywood Walk of Fame.

Someone dropped a load on the star Thursday … much to the chagrin and delight of tourists … depending on their political bend.

And, this is interesting … whoever dropped the do-do won’t be prosecuted, because it’s not vandalism. According to CA law, someone can be prosecuted for vandalism if they “deface with graffiti or other inscribed material” or if they damage or destroy someone else’s property.
Here, a hosing down will do the trick, and it’s too much of a reach.

Now, it’s possible to cite the offender with violating L.A.’s pooper scooper law, which requires dog owners to pick up after their pets. 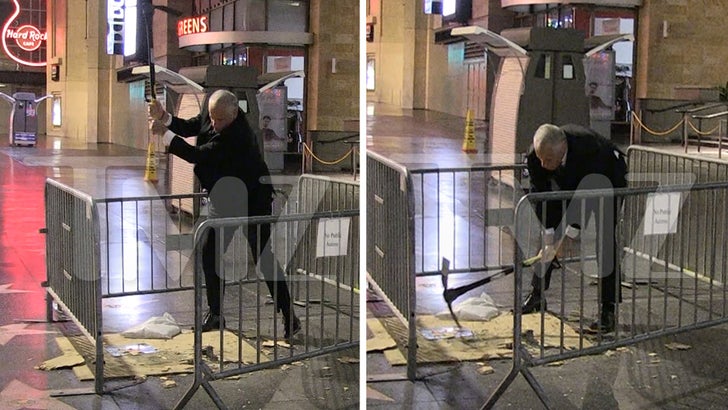 There has been lots of vandalism on that star over the last 5 years. James Otis, a member of the famed Otis Elevator fam, took a pickax to the star in 2016 and several times in the years that followed. He pled no contest to vandalism and got community service and a $4,400 fine. He was placed on 3 years probation.

He was arrested and charged with felony vandalism last year … it appears that case is ongoing.

George Lopez pretended to pee on the star back in 2018 … but faking peeing doesn’t get you prosecuted. 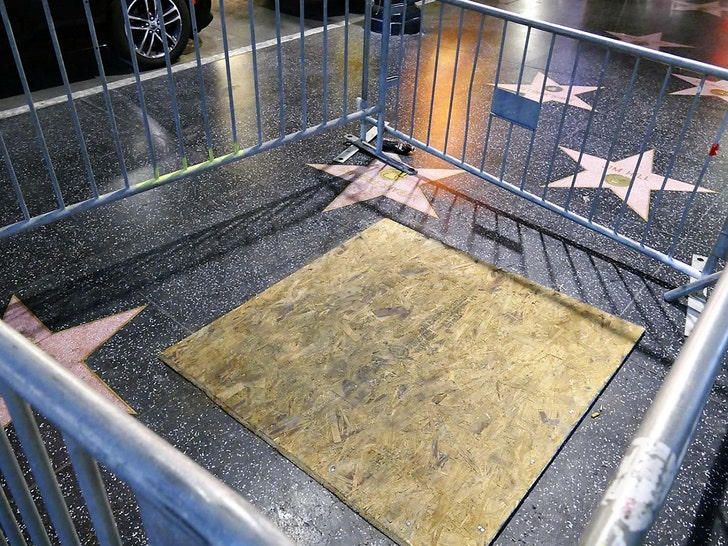 And, there have been other instances of vandalism as well. The Hollywood Chamber of Commerce, which manages the Walk of Fame … has always restored or replaced the star, although at one point they put a barrier around the star.