Ella Emhoff Is All About Comfort 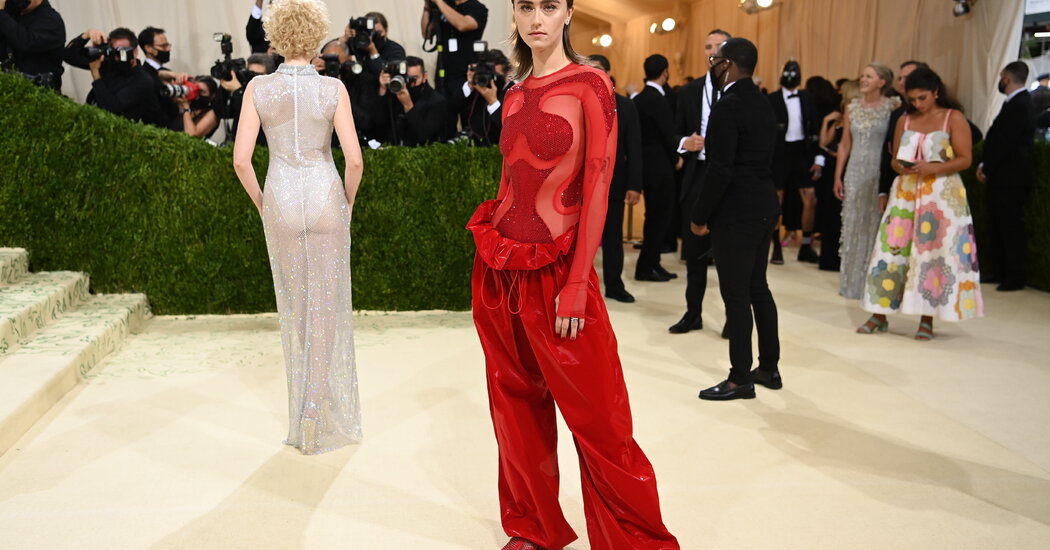 Not very many Met Gala guests would wear their outfits again, in the real world, outside of fashion fantasyland. It’s a sign of how peacocky the annual event has become.

But Ella Emhoff would. Her top priority walking on the Met Museum carpet was comfort. She knew it was going to be a long night, and she didn’t want to wear something that made her feel like someone else.

“I’m someone who’s really passionate about comfort,” said Ms. Emhoff , who defines her personal style as sporty. (The potential guest she’s most eager to meet in person? The Formula One driver and fashion enthusiast Lewis Hamilton.) “Even though this is the Met, everyone is allowed to still feel comfortable in their own skin, their own style,” she said. “There’s no playbook to how you dress to this.”

That’s not to say she’s wearing a pandemic-era sweatsuit. Her look, by Stella McCartney for Adidas, is traffic-light red from head to toe, with a diamond mesh bodysuit, oversize high-shine paper-bag-waist trousers, and platform sneakers (“so I still get to feel like a tall legend,” she said) partially made from recycled materials.

“It’s definitely something I would wear in my own day-to-day life,” Ms. Emhoff said, speaking by phone Monday afternoon, having just finished her hair and makeup. “It makes me feel more comfortable in my own skin, in this environment that I’m not really used to.”

Ms. McCartney, who won’t be in attendance at the gala this year, is a somewhat unexpected choice for Ms. Emhoff, a 22-year-old recent Parsons graduate who designs her own knitwear, and who signed as a model with IMG last year, following a stylish viral appearance at the inauguration of her stepmother, Vice President Kamala Harris.

The theme of the Met Gala is American independence, and Ms. Emhoff has been seen in the last week sitting front row at several fashion shows for emerging New York designers. But several guests are expected to be dressed by Europeans, and Ms. McCartney’s status as a British icon didn’t much factor into Ms. Emhoff’s decision. She was more concerned with working with someone who aligned with her, creatively and morally. Ms. McCartney has long been known for her sustainable production and advocacy against animal cruelty.

Ms. Emhoff, in her own designs, wants to emulate that. She’ll also be the face of an Adidas by Stella McCartney campaign this fall.