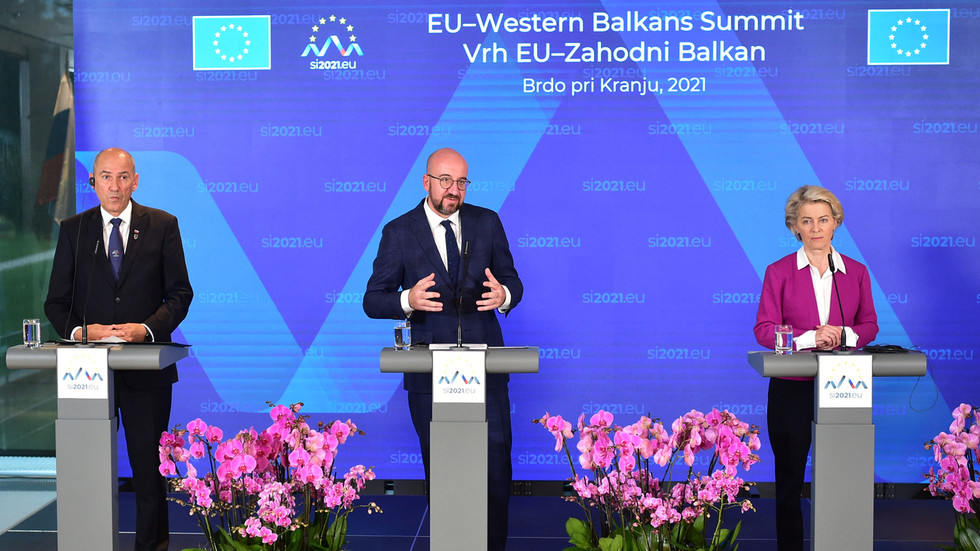 Brussels and Berlin issued mixed messages on Wednesday over the Balkans, as the EU chief, Ursula von der Leyen, claimed they were all part of “one family” before Germany refused to set a timeline for granting them membership.

Speaking at a summit with the Balkan states, von der Leyen sought to reassure her counterparts that they are still on course to be admitted to the EU after their attempts to secure membership remained stalled.

However, shortly after those comments, outgoing German Chancellor Angela Merkel rejected requests to outline a timescale for the Balkan nations to join the EU, stating that it can only occur “once the conditions are met,” claiming that she doesn’t “believe in setting dates.”


The contradictory statements from inside the EU came despite warnings from current member states that the bloc risks undermining its goal of building closer cooperation with the Balkans if it continues to delay their admission and fails to outline a timescale for them to join.

“Either Europe extends the hand, and pulls these countries toward us or someone else will extend the hand and pull the countries in a different direction,” Latvia’s Prime Minister Arturs Krisjanis Karins stated at the summit.

The EU has floated an “unprecedented” investment package of around €30 billion ($35 billion) for the Balkans in an attempt to reassure the region of its continued commitment amid concerns from the bloc about China’s and Russia’s interests in growing ties with the area.

The admission of the Balkans has been delayed due to concerns from a number of EU nations about the influx of migration that could occur if those countries become official members of the bloc, as well as internal debates within the Balkans, including between Kosovo and Serbia, who have failed to reach an agreement to normalize relations with one another.