Fire erupts on board of cargo ship off Canada’s coast after hazmat containers catch fire, sending toxic fumes in the air 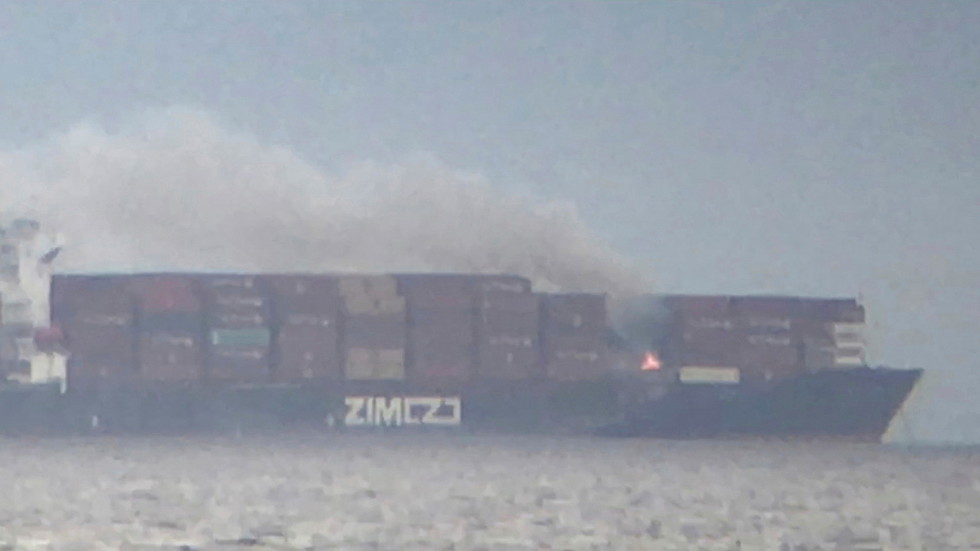 A giant container ship with some 52 kilograms (114 pounds) of hazardous materials on board has been burning off the coast of Canada’s British Columbia province. The fire reportedly started with the hazmat cargo igniting.

The fire broke out on the MV Zim Kingston, the Malta-flagged container ship, on Saturday morning, prompting a partial evacuation of the vessel.

As of Saturday evening, the fire spread to at least six containers, CHECK news reported, citing the Canadian Coast Guard. Two of the containers damaged by the blaze reportedly contain potassium amylxanthate, a hazardous substance commonly used in mining. The chemical may be harmful if inhaled, and can cause “severe skin burns and eye damage.” Its release may also endanger marine life “with long lasting effects,” according to the classification by the US government’s biomedical library.

The Coast Guard has set up a 1-mile emergency zone around the vessel, noting that it has been “expelling toxic gas.” Footage has emerged online showing the ship emitting fumes while being ravaged by fire.

As of 7:30 pm local time, sixteen crew members were evacuated, while five remained on board, The Joint Rescue Coordination Centre in Victoria reported, as cited by CHECK News. There have been no reports of injuries.

The 260-metres-long ship had been sailing from the South Korean port of Busan to Vancouver, Canada, but was forced to put its travel plans on hold after rough seas knocked off some 40 containers off its board west of the Strait of Juan de Fuca on Thursday.

The carrier was at anchor in Constance Bank near the provincial capital of Victoria when the fire erupted.