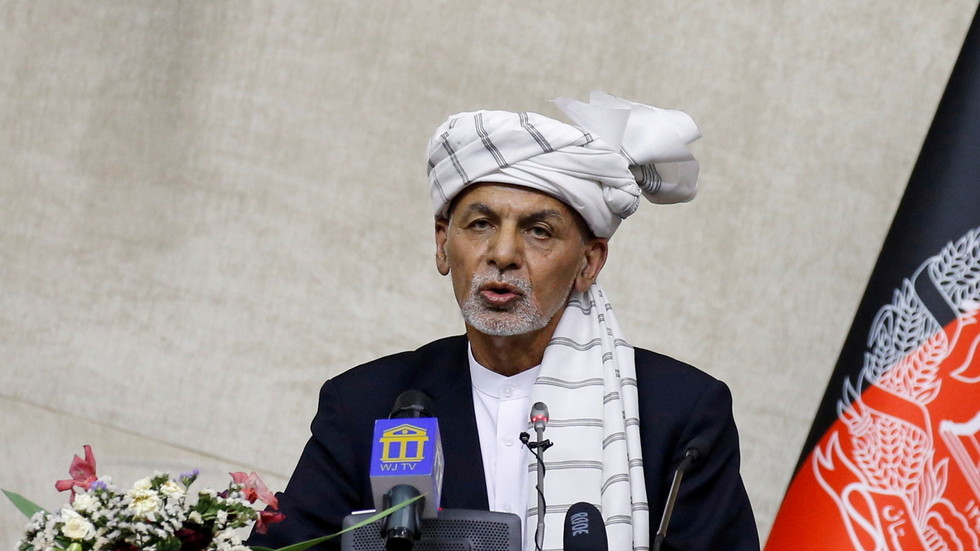 Ashraf Ghani, the former president of Afghanistan, has claimed that his Facebook account was hacked after a post appeared on his page calling on the UN to cooperate with the new Taliban regime and release frozen Afghan assets.

Ghani’s tweet came about half an hour after a now-deleted post appeared on his Facebook page, which is followed by some 2.5 million people. In the post, the apparent hackers addressed the people of Afghanistan as the country’s former leader.

The Facebook post noted that while Afghanistan has a new government and cabinet, it is still represented abroad by former ambassadors who wish to sow chaos in their own country. It claimed that these ambassadors, notably Ghulam Mohammad Ishaqzai – the country’s permanent representative to the UN, should not be representing Afghanistan under any circumstance.

Ishaqzai’s presence at the UN meeting has “no government and public support behind it,” the post read. It argued that the UN should be interacting with and recognizing the new Afghan government instead. The post also claimed international institutions should unfreeze the government’s frozen assets in order to support the people of Afghanistan.

Also on rt.com
Deposed president Ghani expresses ‘deep and profound regret’ for fleeing Kabul, swears he did not steal millions of dollars


“The international community should understand that if Afghanistan wants prosperity and peace, then give it a hand of friendship,” the Facebook post added. Those impersonating Ghani concluded by claiming he was “ashamed” of the country’s UN representative.

Last week, the Islamic Emirate of Afghanistan, under the leadership of the Taliban, wrote to the UN asking that the spokesperson of their political office in Doha, Suhail Shaheen, be accepted as the new permanent representative of Afghanistan to the UN.

The letter stated that Ishaqzai should no longer represent the nation.