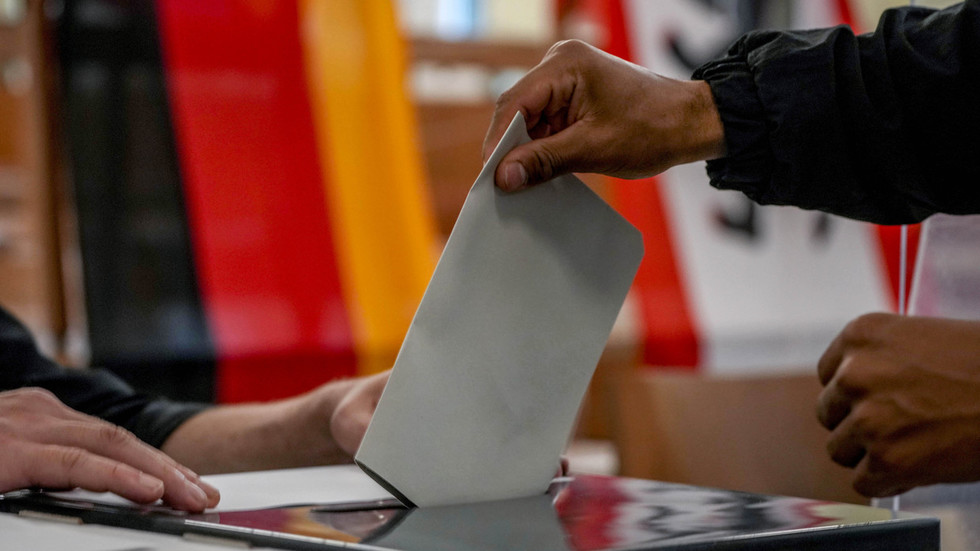 Exit polls from the German election reveal a neck-and-neck race, with the conservative CDU party of outgoing Chancellor Angela Merkel and its main Social Democrat rivals, the SPD, tied. All eyes are now on coalition talks.

However, an alternative exit poll by TV channel ZDF has placed the SPD slightly in the lead with 26%.

Exit Polls in German Federal Election make the vote too close to call. Gains for both the #SPD & #Green‘s (around 5%). It doesn’t make good reading for the Centre Right Union, who look to have dropped by almost 9% on their 2017 result. #btw21

The Greens were on track to get 15% of the vote, according to ARD, while the right-wing Alternative for Germany (AfD) was set for 11% – both looking close to the pre-vote predictions. Meanwhile, a potential ‘kingmaker’ in the race, the classic liberal Free Democratic Party (FDP), was also looking on course to get 11%.

The Left Party (Die Linke) was shown to be underperforming compared to earlier polling results, appearing likely to secure 5% of the vote.

Despite varying poll results, Secretary-General of the SPD Lars Klingbeil has predicted a victory for his party, telling the media, “We have the mandate to form a government,” in which “Olaf Scholz will become chancellor.”

The Greens have also been congratulating the SPD, with the party’s secretary-general, Michael Kellner, saying he is open to negotiating with all democratic parties to build the nation’s next political coalition.

Paul Ziemiak, secretary general of the CDU, has been less willing to accept an SPD victory, however, telling broadcaster ARD that it’s going to be a “long election night” and a coalition between the CDU, the Greens, and the FDP could still be on the cards.

“A coalition of the CDU, FDP and Greens would be a real future coalition – for modernization, sustainability and stability,” Ziemiak posted to Twitter.

CDU’s Chancellor candidate Armin Laschet addressed party members on election night and admitted they were not satisfied with the results, but promised the CDU would do everything it could to lead a three-party coalition, which he said would be a big challenge for the nation.

Also on rt.com
Germans vote in historic election, with Angela Merkel set to step down after 16 years in power


Germans went to the polls on Sunday to decide on the makeup of the Bundestag, the lower house of the country’s parliament.

The results will determine who replaces the CDU’s Angela Merkel as chancellor. Germany’s second-longest-serving leader in the modern era, she has governed the country since 2005. She presided over the eurozone crisis, the influx of migrants from the Middle East and Africa, and the rise of extremism and terrorism in Europe.

Merkel’s eventual successor and their new government will be tasked with steering the country’s economy towards recovery after the Covid-19 pandemic and the devastating floods in Germany this summer.

MELBOURNE, Australia — After days of riots in the Solomon Islands during which protesters called for Prime Minister Manasseh Sogavare to resign, set...
Read more
Entertainment

A number of the world’s largest pharmaceutical firms have announced strategies to address the newly...
Read more
- Advertisement -

MELBOURNE, Australia — After days of riots in the Solomon Islands during which protesters called for Prime Minister Manasseh Sogavare to resign, set...
Read more
Entertainment