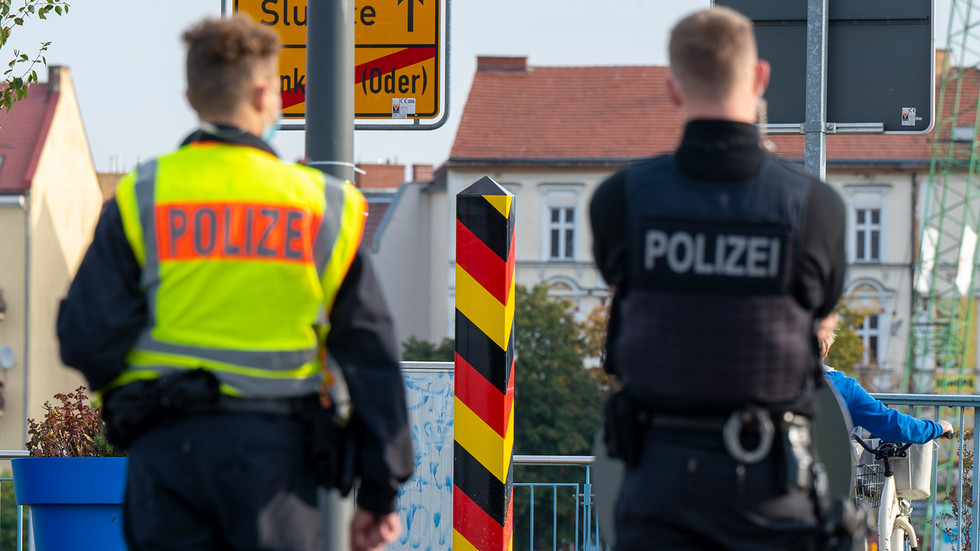 German police have prevented a group of some 50 right-wing activists from “patrolling” the country’s border with Poland in search of illegal migrants. Some weaponry, including batons and a machete, were seized from the vigilantes.

Law enforcement conducted the raid overnight, focusing on the area around the border town of Guben. The police apprehended some 50 activists in the area, who scrambled to “patrol” the border following calls by the extreme-right party the Third Way.

Imagery circulating online shows several activists, bearing insignias of the party, getting searched by the police. Pepper spray, a bayonet, a machete and batons have been seized from the vigilantes, with proceedings launched against the individuals in possession of illegal items.

“We have prevented private individuals from seizing the state’s monopoly for use of force, and we will continue to do so in the future,” police spokesman Maik Kettlitz said.

The nationalists’ activities in the area were met by a 24-hour vigil against racism in Guben. Some 120 left-wing activists gathered in the central part of the town on Saturday, according to police estimates, with around 25 staying in the area throughout the night.

“We don’t want to leave the region to the neo-Nazis. We want to set an example that asylum is and will remain a human right,” the vigil’s organizers said in a statement as quoted by German media.

Also on rt.com
Border between Germany & Poland could COLLAPSE amid rise in refugees from Middle East crossing through Belarus, Berlin police warn


Guben, as well as other border towns have become hotspots for illegal border crossings lately, with waves of migrants seeking to reach Germany, heading there from Belarus through Poland.

Dozens of migrants were detained in the Guben area overnight during the raid against the vigilantes. Footage from the scene shows several migrants sitting on the ground near police vehicles, with officers preparing to transfer them for further investigation.

Berlin has deployed additional police forces to the border, with an extra 800 officers stationed there according to Germany’s Interior Minister Horst Seehofer.

“Hundreds of officers are currently on duty there day and night. If necessary, I am prepared to reinforce them even further,” Seehofer told the Bild am Sonntag newspaper.