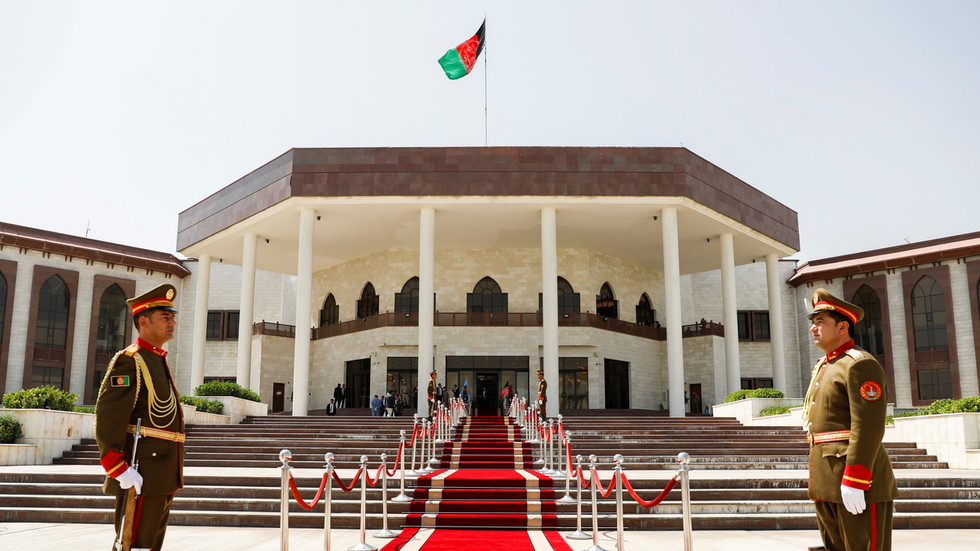 The alleged bodyguard for former Afghan President Ashraf Ghani told the British media he has security camera footage to disprove the US-backed leader’s denials of taking bags of money with him when he fled the country in August.

“I have a recording which shows that an individual at the Afghan Bank brought a lot of money to Ghani before he left,” the man which UK’s Daily Mail newspaper identified as Brigadier General Piraz Ata Sharifi told the outlet in an article published on Friday. “Hundreds of millions, perhaps billions of dollars. There were many big bags, and they were heavy. It was not rice.”

Ghani and his family fled the presidential palace and flew to the United Arab Emirates on August 15, as Taliban militants entered Kabul. When he finally made a public statement three days later, he denied reports that he had abandoned his post and taken stolen cash with him, saying he left the country with only the clothes on his back to “avoid bloodshed” that would result from a power struggle. He issued another denial in September, saying corruption accusations against him were “completely false.”


The Russian embassy in Kabul was the first to report that Ghani left the country with four cars and a helicopter full of cash. He had taken so much money, in fact, that some of it had to be left behind because it wouldn’t fit on the aircraft, embassy spokesman Nikita Ishchenko said at the time, according to RIA Novosti. The Afghan embassy in Tajikistan demanded his arrest, saying he stole $169 million from state coffers.

Sharifi told the Daily Mail that he went to the Afghan defense ministry on August 15 for a meeting that Ghani was supposed to attend. As head of the president’s security detail, it was his job to disarm the guards at the ministry to ensure Ghani’s safety. But while waiting for the commander-in-chief to arrive, the general got a call indicating that Ghani had instead gone to the airport.

Other VIPs, such as the defense minister and members of Ghani’s entourage, also were included in the secret evacuation, but Sharifi claimed that he was never given a heads-up about the escape plan. “They just escaped and left me behind,” he said.

The “ex-bodyguard” alleged that the money stolen by Ghani was supposed to be used for the currency-exchange market. “Instead, it was taken by the president,” Sharifi said. “Ghani knew in the end what would happen, so he took all the money and escaped.” Despite saying that he has potentially incriminating footage of Ghani and his associates, Sharifi is not in a hurry to release it just yet. He said that he would publish the video once he is “in a safe place,” that is on British soil.

Also on rt.com
Deposed president Ghani expresses ‘deep and profound regret’ for fleeing Kabul, swears he did not steal millions of dollars


However, the general’s efforts to get approved for the country’s Afghan refugee program have so far been unsuccessful, according to the DM, which said that Sharifi provided the paper with automatic replies he has received from the officials in charge of the UK’s Afghan Relocations and Assistance Policy (ARAP). The general said that he thought he had a potential British military sponsor in ex-Royal Artillery officer Johnny Mercer, now an MP, who he said helped train him. But Mercer told the Daily Mail that he doesn’t know Sharifi.

Currently, Sharifi is reportedly hiding out in a basement in Afghanistan. The man said that he is wanted by the Taliban, with the militant group offering a reward equivalent to nearly $14,000 for the information leading to his capture.