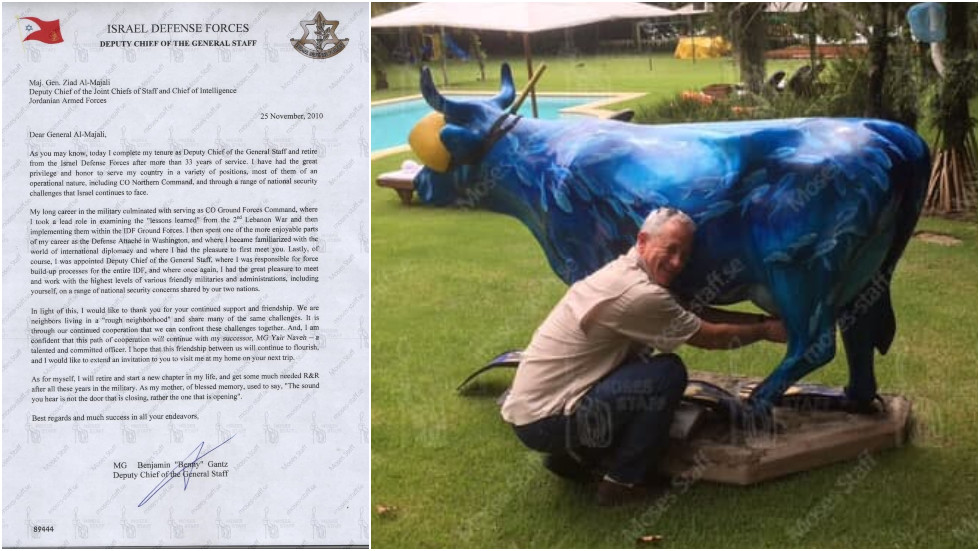 A shadowy hacking outfit calling itself “Moses Staff” has published a cache of photos and data it claims to have stolen in a cyber attack on the Israeli military, including a series of pictures of Defense Minister Benny Gantz.

In posts on its website and Telegram channel earlier this week, the black hat group released a number of photos of Gantz, claiming it has access to “confidential documents” on the country’s Ministry of Defense and the minister himself.

“We’ve kept an eye on you for many years, at every moment and on each step. All your decisions and statements have been under our surveillance. Eventually, we will strike you while you never would have imagined,” the group declared, vowing to publish more confidential information to inform “the world about the Israeli authorities’ crimes.”

The origin of the photos shared by Moses Staff remains unknown. None of the images published appear sensitive, and most depict Gantz meeting with fellow soldiers and performing other mundane tasks. Another photo shows a copy of a personal letter allegedly sent by Gantz to a colleague in the Jordanian armed forces in 2010, in which Gantz thanks him for his “support and friendship.”

While officials stopped short of confirming a cyber attack on the Defense Ministry, Israel’s National Cyber Directorate issued a notice on Wednesday warning of potential vulnerabilities in certain Microsoft software.

“We call upon organizations to implement the latest critical updates that Microsoft has released to deal with these weaknesses, which is a simple, free update that can reduce the risk of this kind of attack,” the Cyber Directorate said, as cited by Ynet.


Another section of the Moses Staff website labeled “activities” suggests the group has carried out hacks on a variety of organizations in addition to the MOD, including Israel’s postal service and several other businesses. In all, it said it has hacked more than 165 servers and 254 websites, and had compiled over 11 terabytes of data as a result. The veracity of the group’s claims could not be confirmed, and it remains unclear how the group obtained any of the material published on its website.

The actors behind Moses Staff have not been identified, and though some reports have claimed the group is Iranian, so far no evidence has surfaced to indicate a national origin. The group’s official Twitter handle was created sometime earlier this month, and – writing in Hebrew – lists its location as “Jerusalem.”

The purported MOD breach came around the same time as a significant cyber attack in Iran earlier this week, which targeted ‘smart fuel pumps’ at gas stations across the country, effectively shutting them down. While Iranian officials stated the disruption was the result of a cyber attack, they did not name any culprit.