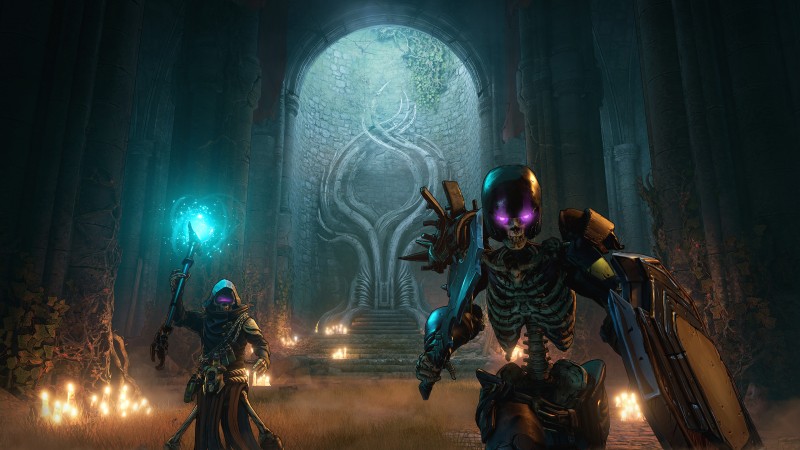 Sure, Tiny Tina’s Wonderlands might be a first-person looter shooter that features a few familiar faces from the existing Borderlands universe. However, the wild ride that examines the formula with a tabletop role-playing game lens has a lot of different components going into the mix, and it’s attempting to distinguish itself from the known template while still maintaining some of that raucous flavor.

I mean, the Dungeon Master is Tiny Tina, after all, meaning chaos is an integral component of the entire experience, and she might not be content to follow the rulebook or module designs. We had a chat with creative director Matt Cox and senior producer Kayla Belmore about the latest trailer to hit and how Tiny Tina’s grandiose fantasy visions come to life in the upcoming game. And by grandiose visions, I mean that Butt Stallion is part of the story, somehow. Hunh.

So how will stats work? Will you be running maximum charisma? Dumping points in strength? Just how much tabletop DNA is going into this? The answer is a lot.

“So we do have fantasy elements like spells and multiclassing, you can choose your initial class and then later on, in the main questline, you get to choose the secondary class to actually multiclass,” says Cox. “So you can mix and match a lot of the elements that come along with just the class selection and of itself. So in addition to we also have melee weapons, armor with specific stats that can speak to your build, but also we do have, in addition to skill points, we do have hero points that do speak to kind of that more classic tabletop attributes that you’re talking about strength. We have strength, intelligence, dexterity, and those sorts of things so much like creating your own character in a tabletop fantasy game.”

There are six core classes to choose from, and while they have not been revealed yet, you can assume some core fantasy archetypes make an appearance.

In addition, an “overworld” game board where your characters are represented by little bobblehead versions of themselves lets players pick their destinations through the land, emulating the look and feel of a tabletop gameboard.

“So one thing that’s super fun is your character representation and all of the customizations that you’ve done actually appear in the overworld,” says Belmore. “And because the overworld is third-person, you can see all players on the map when you’re playing together.”

Of important note for those would-be ax swinging barbarians and knights among you: while melee attacks will be important, dedicated melee builds are probably not going to be a thing outside of some odd builds and legendary items. Instead, melee can easily be integrated into your combat flow via perks, skills, or status effects that for instance might supercharge various other attacks for landing a successful melee attack or hyperpower up a single melee blow after you’ve completed some other requirement, encouraging you to move in and out of combat in a varied loop of ranged, melee, and spell/ability usage for optimum performance.

“When in doubt, guns are still stars of the show and there’s something truly satisfying about just riddling things with crossbow bolts from a regular handgun,” says Belmore. “It’s just kind of amazing.”

And yes, you’ll still have an “ultimate” skill to utilize when things get too frantic to handle, with two to pick from on each class.

Spells add another layer to things, with a variety of different usages and designations. It’s not just going to be casting big fireballs at foes, but instead, there’s a huge bucket of various spells to draw upon and books to find, including self-casting powers.

There’s a core campaign to tackle, but numerous side missions are available for those looking to get their characters beefed up to tackle goblins with guns. “We’ve got the main plot maps of course. But there are entire maps on the side that almost play like modules that have a standalone plotline that is connected to the main story, but not all the way into the main story. They’re kind of these fun little side missions that feel a lot like a tabletop module that’s on top of the greater mission.”

Of course, these expeditions into dark forests, dank caves, and creepy castles aren’t the only places you’re hanging out. No, we need a hub to deck our characters out and engage in all kinds of progression systems! A tavern (a soda tavern) serves as one of the central areas of Brighthoof, the city where players will be hanging out when they’re not massacring monsters and causing mayhem. 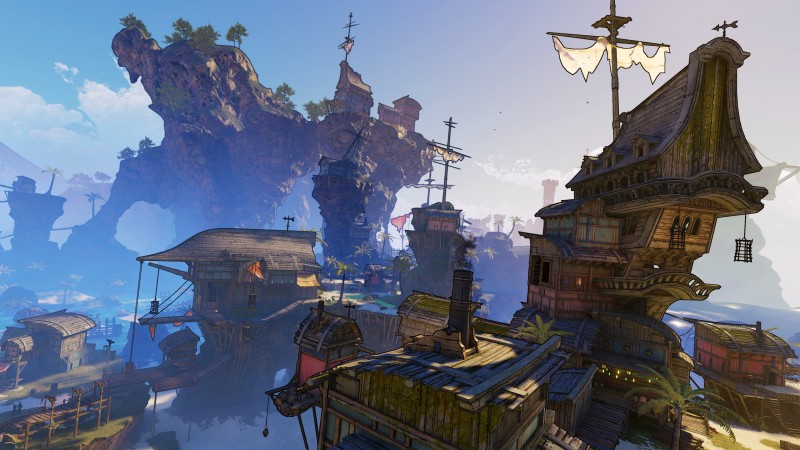 Obviously, it wouldn’t make sense to have things by engineering manufacturers here as we’re talking about spells and swords, but yes gear is branded by the folks who create them, placing each piece of gear into a similar system as we’ve seen in other games such as Dahl, Jakobs, Hyperion, etc.

And what’s a tabletop RPG without rolling dice? Events known as lucky challenges will let you roll that d20 right then and there and try to hit that big number to shower you with piles and piles of potent loot.

“Lucky dice are scattered throughout the world,” says Cox. “And so if you find them, it’ll actually roll in front of you and like pop out what number you get, and that will correspond to how good the loot is, you get out of that lucky dice.”

While we certainly aren’t even close to knowing all the ingredients that are going into this chaotic cake, more details are inevitably on the way as we inch closer to the March 25, 2022 release date. Are you looking forward to Tiny Tina’s Wonderlands? Let us know in the comments, and may all your 20s be natural.