In Watchmaking, the Pleasing Principles of Phi 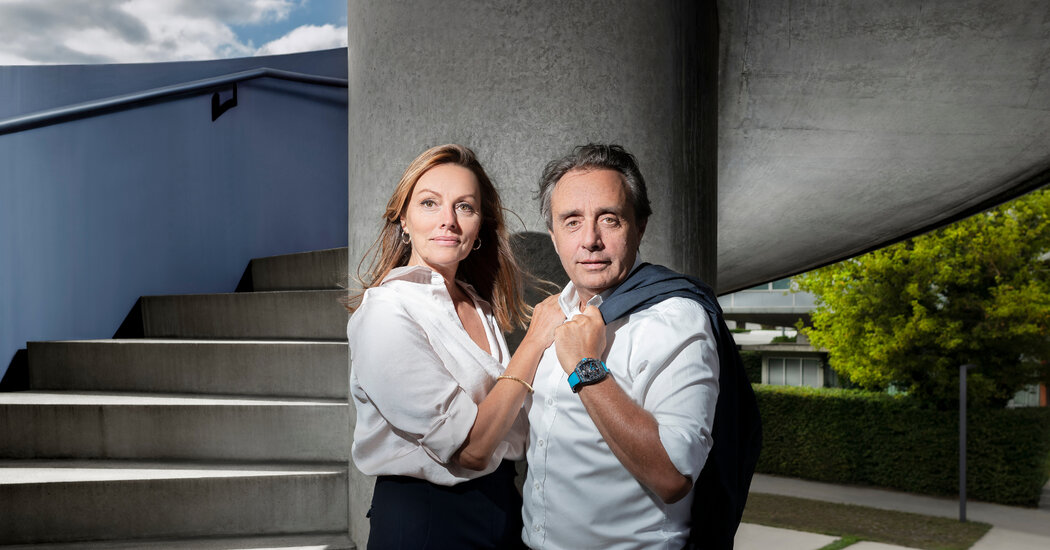 “Because we were not coming from the horology industry, so it was a long process of learning,” Emmanuelle Festa Bianchet, 55, said in a Zoom interview from the brand’s headquarters in Montfaucon, in Switzerland’s Jura region. “We spent a lot of time working first on the design of the case and then we decided to do completely the movement as well.”

She and her husband, Rodolfo Festa Bianchet, 57, established the brand in 2017, after selling the foreign exchange mobile app, Trade Interceptor, that he had developed. The couple decided they wanted to “do something we really like,” Mr. Festa Bianchet said. “I like watches, and Emmanuelle likes nice, artistic, classy luxury things, and you know, we just went for it because we are dreamers.”

That dreaming included incorporating the golden ratio, a proportion said to have been discovered by Euclid and linked to the work of the 13th-century mathematician Leonardo Fibonacci, into the brand’s watches. But not just because it results in a pleasing aesthetic (for example, da Vinci’s “Mona Lisa” or some automobiles).

Mr. Festa Bianchet became interested in the Fibonacci sequence as a tool to predict fluctuations in foreign currency exchange. So, he said, “it popped up in my mind that we could use the ratio in the watch.”

While other brands have adapted the golden ratio — like Parmigiani Fleurier for dials, hands, cases and more — the Festa Bianchets first used it to design a watch case and then in developing their own spiral-shaped tourbillon.

Guido Terreni, Parmigiani Fleurier’s chief executive, said using the proportion made good business as well as creative sense. “An object that follows the rule of the golden ratio has a higher chance of having a longer life cycle because the proportion appeals to an aesthetic which is timeless,” he said, an important element of the hard luxury market today.

The couple developed the tonneau, or barrel, case with a designer at Étude de Style, a watch design and consulting agency in Neuchâtel, Switzerland, while the skeleton tourbillon was created by Edge Design, a watch specialist in Écublens, Switzerland, and a watchmaker whom the Festa Bianchets declined to name.

The work began with the watchmaker’s own tourbillon, but eventually there were few parts left of his design, Ms. Festa Bianchet said, adding that “we have recreated everything else,” including the mainplate and wheels. The couple bought a CNC (computer numerical control) machining unit, cutting and drilling tools, a microscope and other tools for the work.

A company in La Chaux-de-Fonds, Switzerland, assembled their timepieces, which are being distributed to retailers like Luxetime in Bangkok. (The company is pursuing a wholesale strategy rather than e-commerce as, “it needs a lot of expertise, I think, to sell to the right people high-end products of this kind,” Ms. Festa Bianchet said.)

The couple intend to open an office and showroom in Neuchâtel by the end of the year and unveil new models, with a new movement, in the spring. There also are plans to reinterpret the golden ratio: a dial based on the pattern.

“And then we’ll go into something that is also geometric,” Mr. Festa Bianchet said, like, perhaps, the Pythagorean theorem.