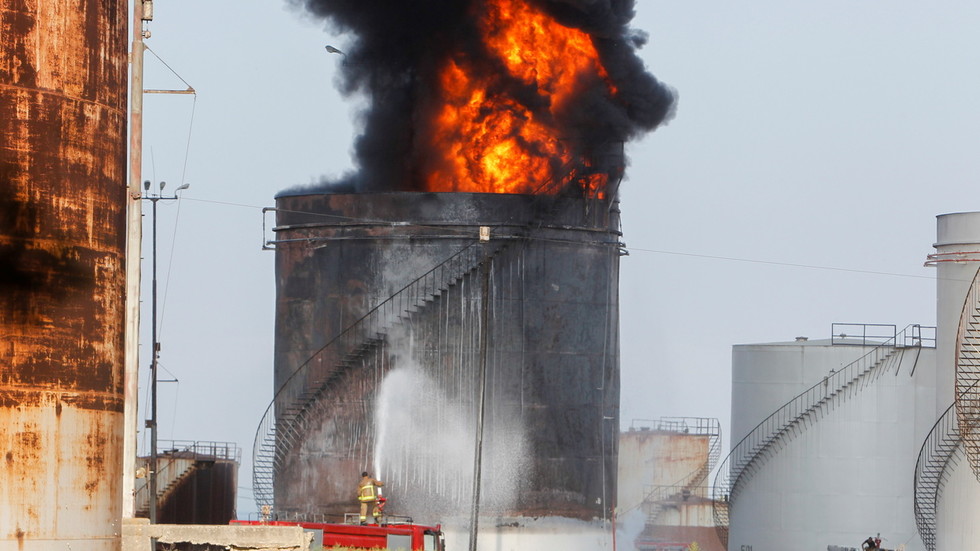 A large blaze broke out at a fuel storage tank near the Zahrani power station in southern Lebanon, just days after the country was plunged into complete darkness after the same facility, as well as one other, shut down.

The Lebanese army rushed to evacuate the area on Monday due to concerns that the inferno could trigger an explosion, Al Jadeed TV channel reported, as firefighters scrambled to control the flames. The Lebanese government later announced on Twitter that the fire had been contained.

Traffic on the Al-Zahrani Highway was also cut off in both directions as a result of the outbreak and diverted to another course.

Footage uploaded to Twitter captured clouds of thick black smoke and flames billowing out of the facility.

Big fire reported in Al Zahrani power plant (South Lebanon) which is one of the main establishments producing electricity in the country. The power plant had received a new shipment of fuel last night. #Lebanonpic.twitter.com/ckTbsdgmRQ

The conflagration comes just a day after the country’s energy ministry said that power had been restored to pre-blackout levels, when the Lebanese Army replenished Zahrani and Deir Ammar power plants with 6,000 kiloliters of gas oil.

Due to fuel shortages, the two major Lebanese power plants, which provide 40% of Lebanon’s electricity, were forced to shut down on Saturday, plunging the nation of almost six million into complete darkness.

Also on rt.com
Lebanon in COMPLETE DARKNESS after 2 power stations shut down, blackout will ‘continue for few days’


The facilities had run out of resources as the cash-strapped Lebanese government did not have the foreign currency to pay energy suppliers, with ships carrying gas and oil reportedly refusing to dock in the country’s waters until payments had been made in US dollars.

Last week, Iranian Foreign Minister Hossein Amir-Abdollahian said that Tehran was ready to build two new power plants, one in the capital city of Beirut, and another in the south of the country, over a period of 18 months to help the financially crippled country.

Lebanon’s economic crisis has been ranked as one of the most severe depressions of modern history. A United Nations study in August found that almost 80% of Lebanon’s population lives in poverty.