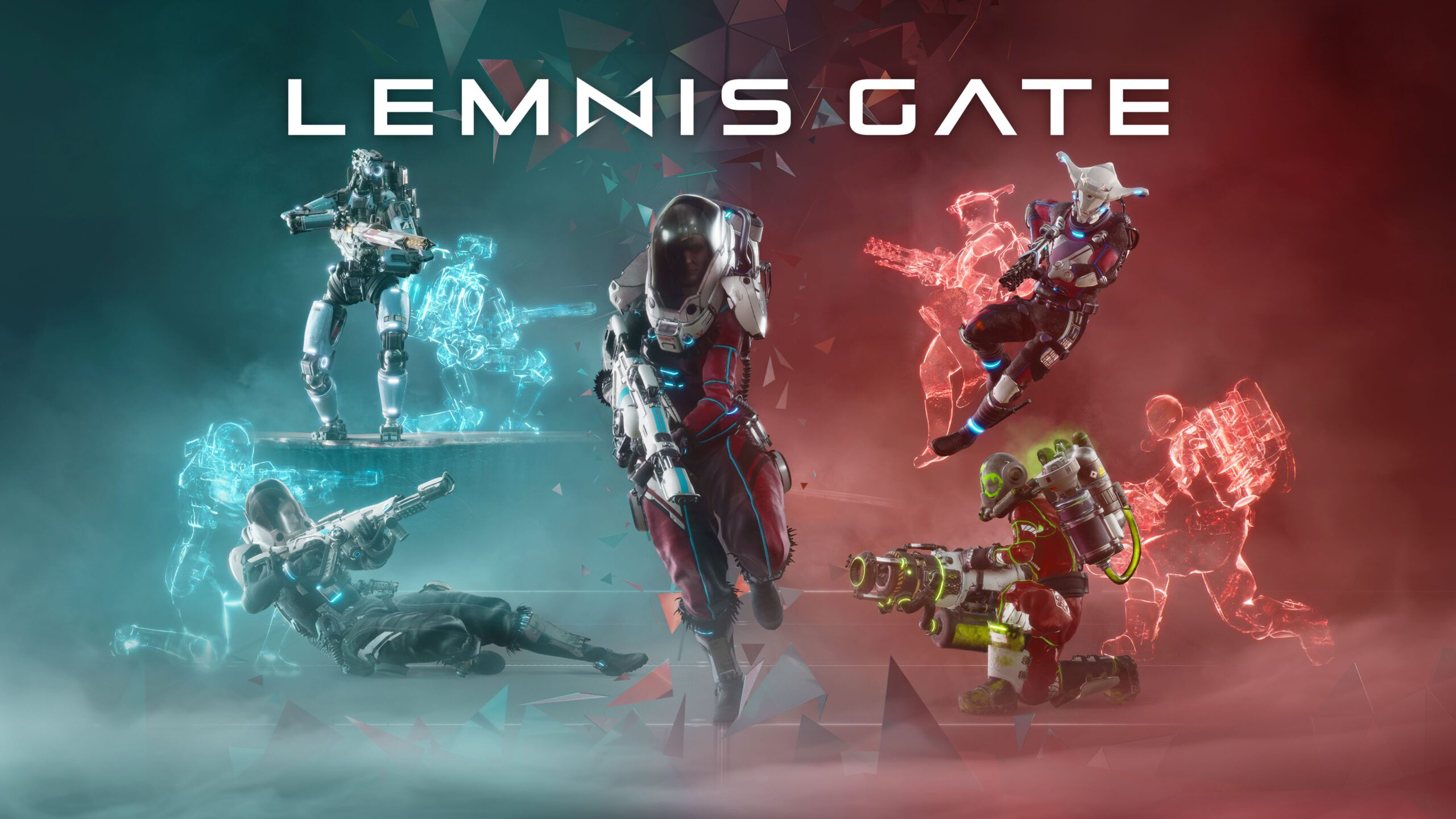 It’s almost time! We can’t wait to welcome PS5 and PS4 players into the loop next week when Lemnis Gate launches.

Lemnis Gate is the time-manipulating, turn-based strategy FPS prizing skill and smarts. Your ability to flex your brainpower through creative thinking, as well as your mastery of seven uniquely talented Operatives who each come with their own signature weaponry, will be the difference between victory and defeat. Here’s how it works.

Lemnis Gate pits players against each other within a 25-second time loop. The aim is simple: pick your Operative, enter the loop, and then execute your plan. This might mean killing an enemy, protecting a teammate, or destroying an objective. When those 25 seconds are up, the next loop begins. Essentially, each loop stacks upon the previous one. These progressive layers let you build ingenious strategies over five thrilling rounds.

Every teammate you see on the map is you from a previous round. That means bustling, ten-Operative matches are comprised of just two players, populating the battlefield with past instances of themselves. Winning requires ample forethought as you plan four-dimensionally to create subversive, unorthodox strategies.

So, what happens when you die? In Lemnis Gate, death is not the end. Lose your health, whether through bullets, explosions, or any other damaging effects, and you’ll continue the round as a ghost. Now you’re executing the actions you would take if you were alive. Should the enemy who killed you die, your previously eliminated Operative is brought back to life, and the actions you took as a ghost are enacted.

For example, let’s say you’re playing as chemical weapons expert Toxin. Set a trap of noxious sludge on the ground and die, and that sludge will cease to exist. But if you kill the Operative who killed Toxin, the sludge will reappear, along with Toxin. Since the present can directly alter the past, you must think multiple moves in the future. This means you can always come back from a losing position. 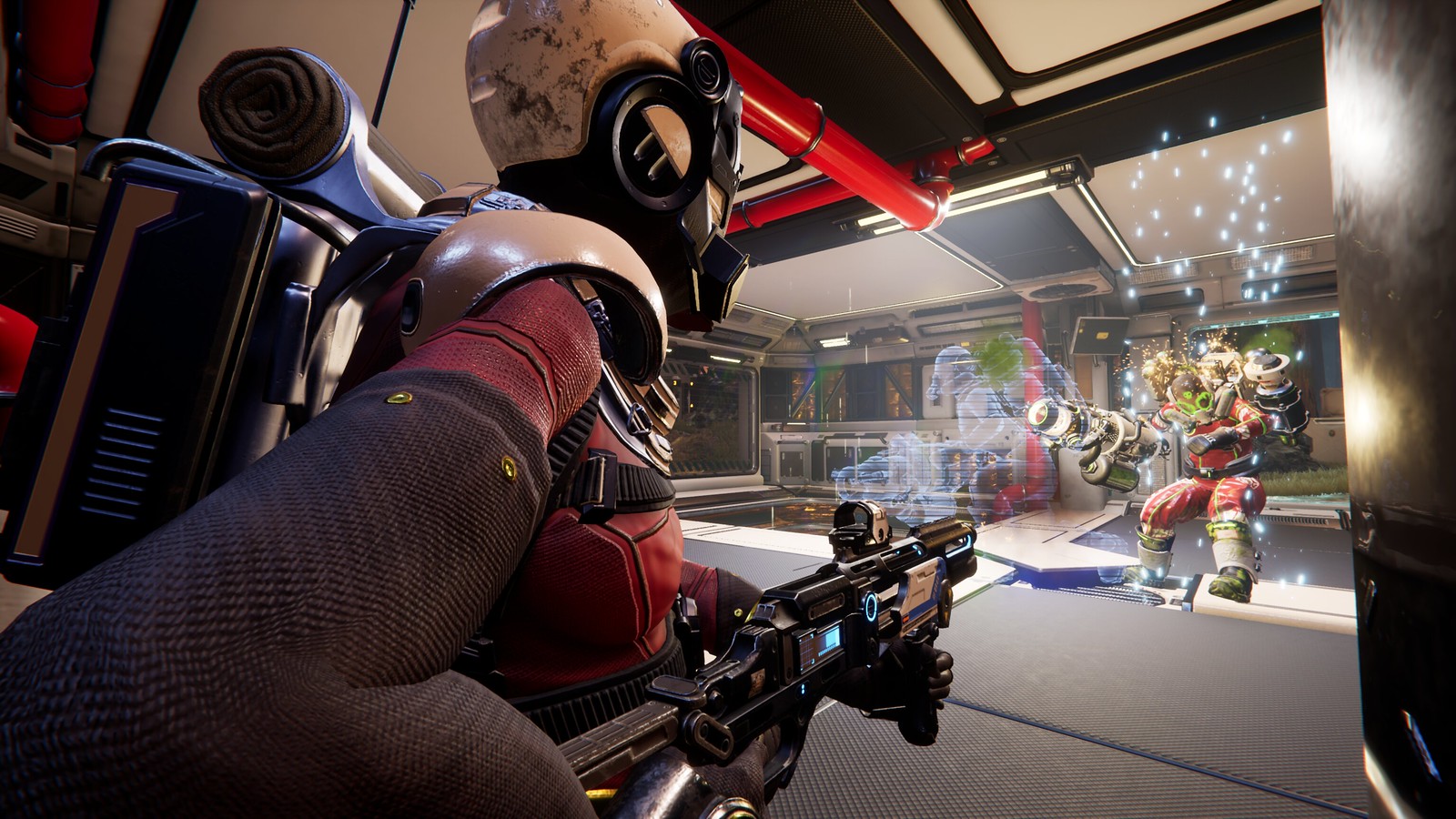 After you’ve taken your turn, your opponent will take theirs. Now, you’ll monitor the situation with your aerial drone as your opponent attempts to counter your moves. Your drone not only helps you keep tabs on everything happening in the match, but also enables you to place strategy markers to highlight points of interest. See a vulnerable target you want to take out in the next round? Place a marker on them. The drone is there to inform your strategy as you survey the battlefield between turns. 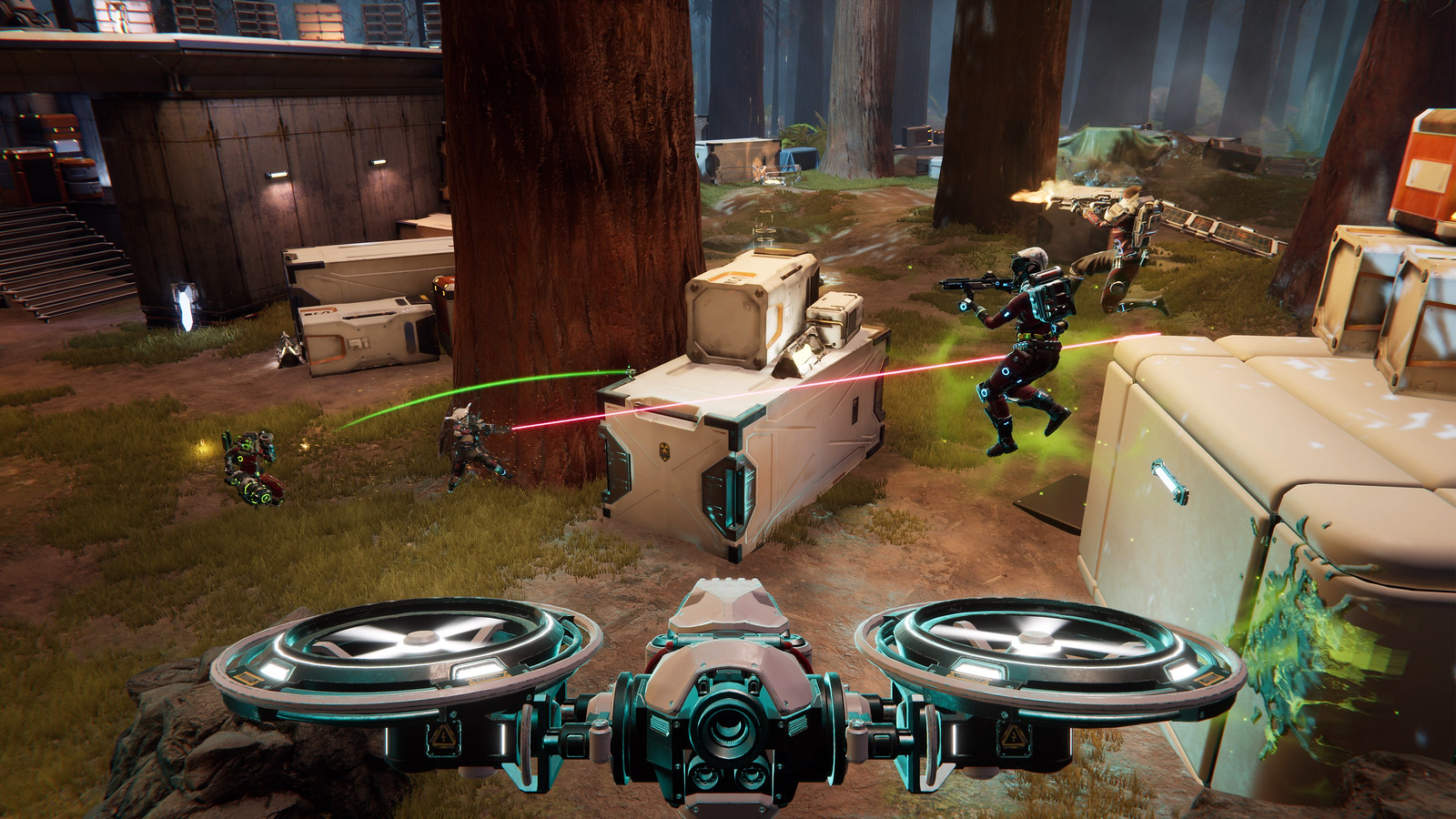 There’s a multitude of ways to play, both online and offline. Enter the time loop separately with turn-based rules, or enter together and battle simultaneously within the same turn in both 1v1 and 2v2 games. For local gameplay, there’s also a “pass-the-controller” option allowing players to strategize alongside each other in person. Within these match types there are four familiar game modes to enjoy, including Seek & Destroy, Domination, Retrieve XM and Deathmatch.

For those with a competitive streak, ranked play pits players against well-matched opponents, allowing them to rise up the ranks and claim a spot on the leaderboard for ultimate bragging rights. While unranked matches offer players a chance to hone their tactical thinking and mastery of the game in friendly matches. 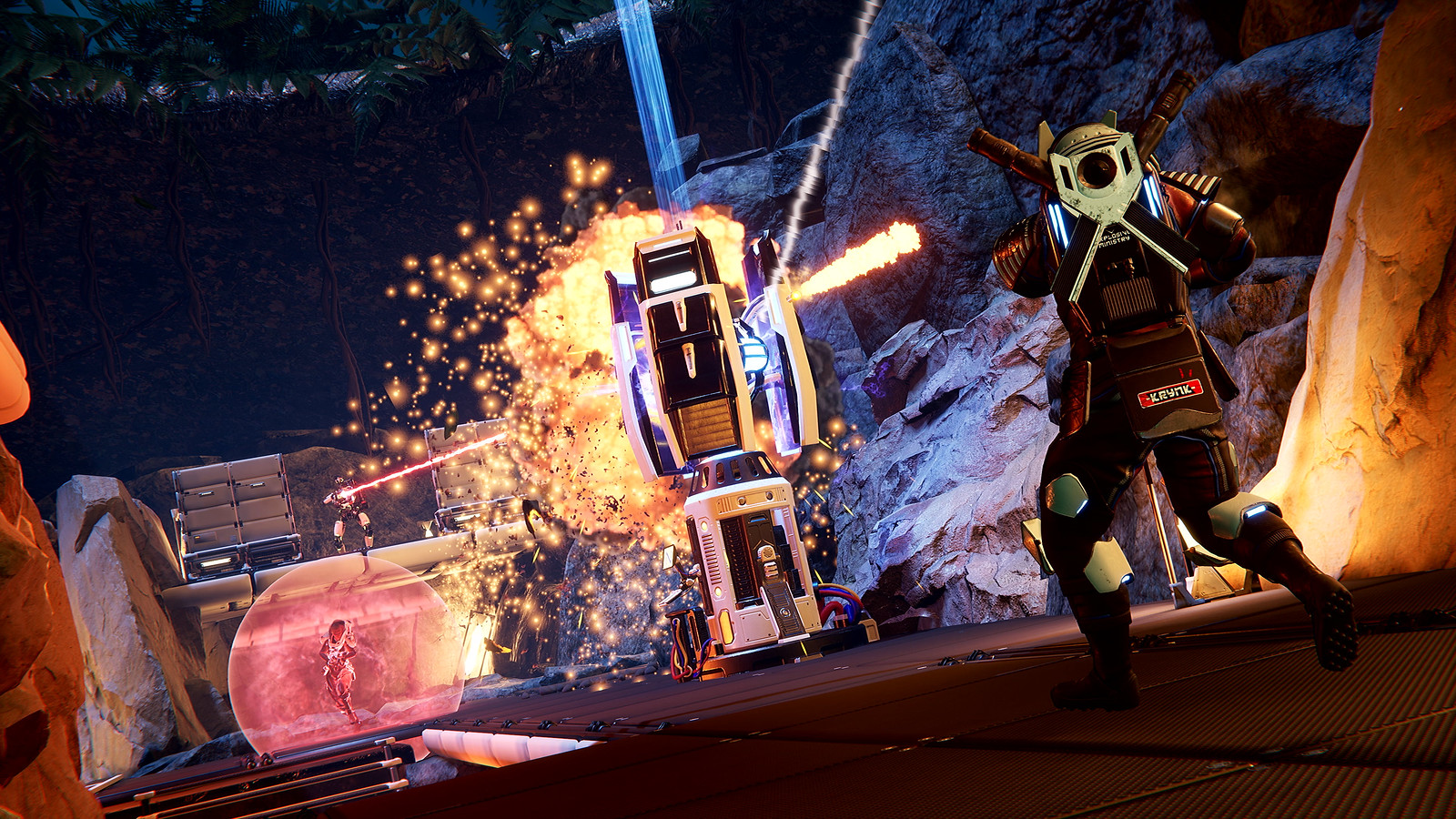 Lemnis Gate takes advantage of PS5’s innovative hardware. Feel every action with unprecedented precision, from bullets whizzing past your head to the visceral slide of your boots in the dirt. The greater the impact, the more your DualSense responds, putting you right in the heart of the action thanks to PS5’s haptic feedback, which channels high-fidelity tactile audio directly into the palm of your hands.

PS5 outputs at up to 4K UHD with 60 FPS offering stunning clarity and slick gameplay. From lime green lava oceans bubbling against black volcanic rock to frozen landscapes featuring towering ice shards and a biting blizzard, an immersive backdrop is invariably at your fingertips

In addition you can get into the action quicker thanks to fast loading, because just like in Lemnis Gate, every second counts. 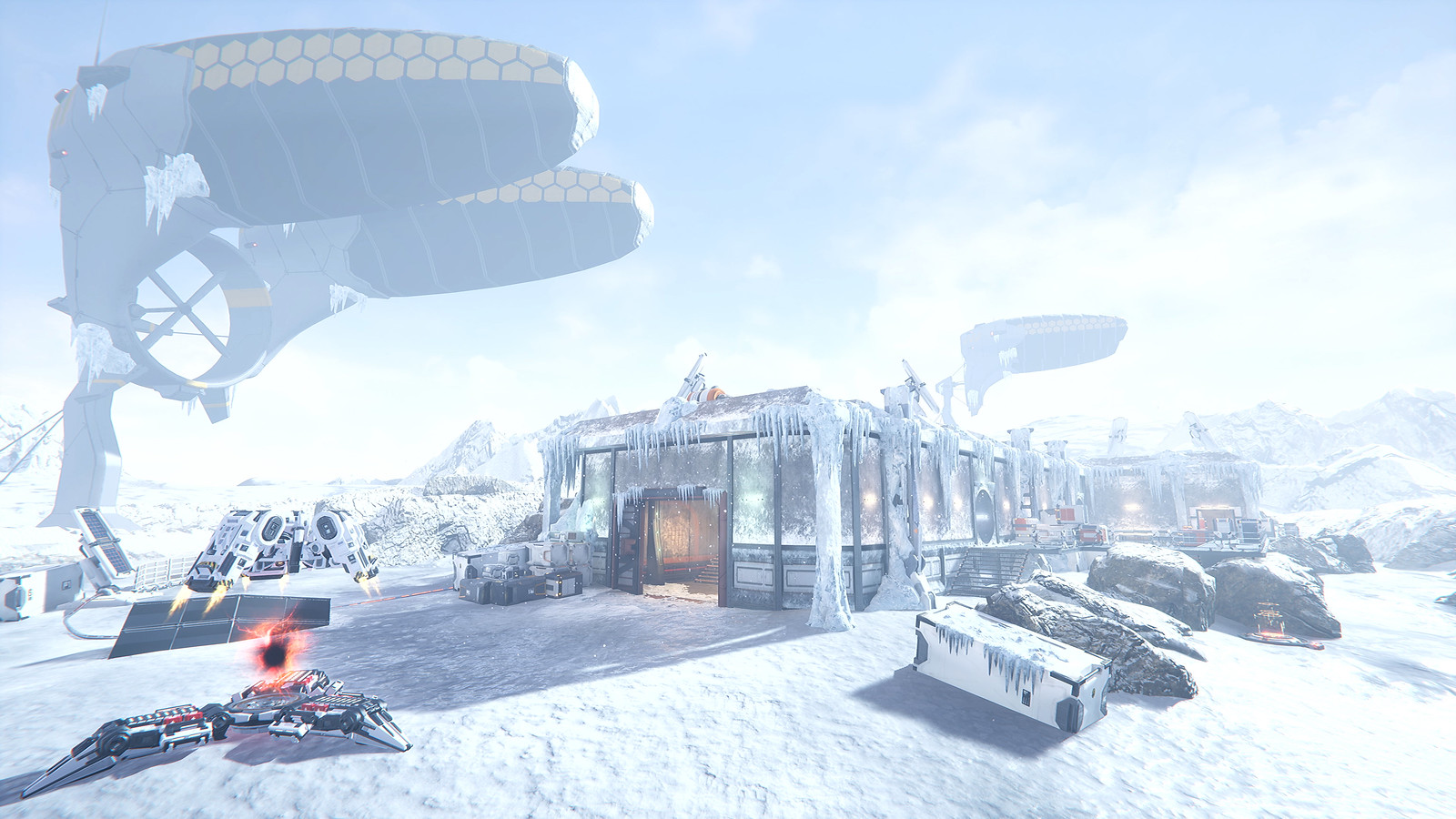