New app to save motorists ‘millions’ in fines as Ulez expands 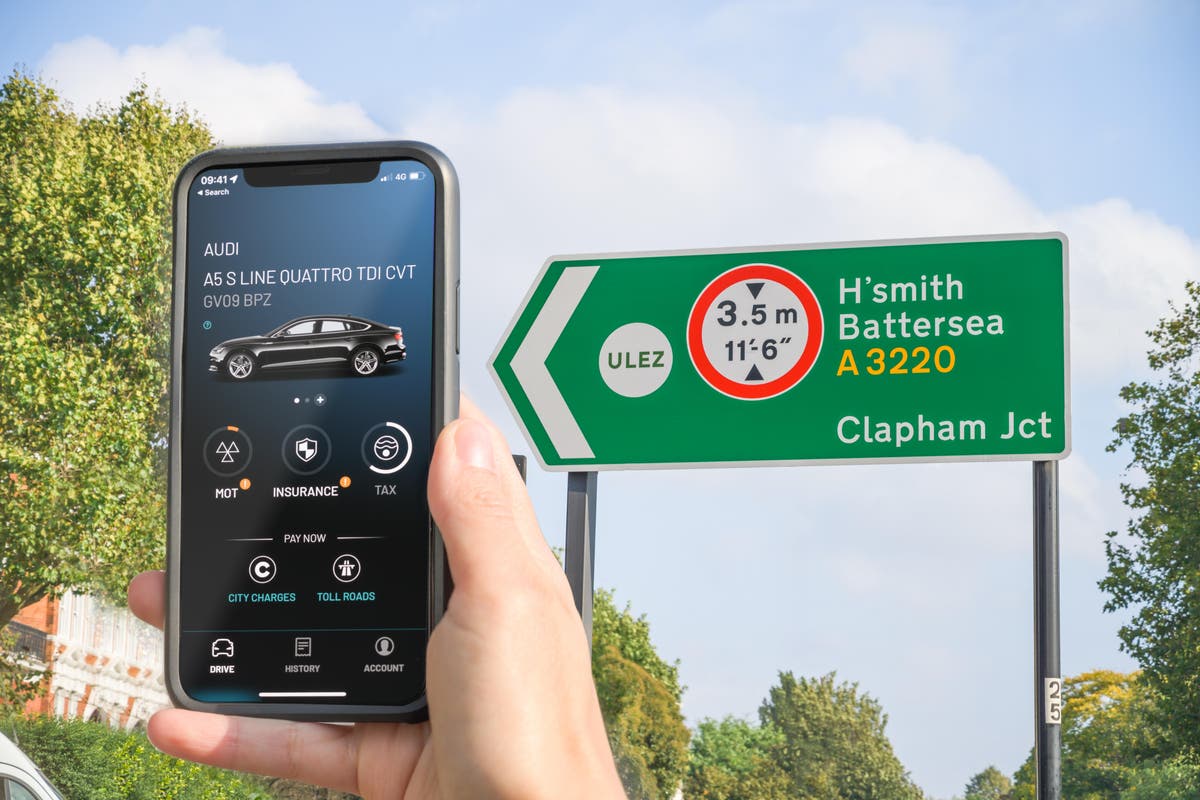 new app aiming to help motorists save up to £864 million in penalties under the expansion of London’s Ulez (Ultra-Low Emission Zone) scheme is being launched today.

Claiming to be the only app capable of managing all motor vehicle-related charges – ranging from the capital’s congestion charge, to MOT and road tax reminders and other cities’ clean air fees – ‘Caura’ is aimed at simplifying driving admin.

Backed by $4.2 million of funding from angel investors including the venture capital wing of Jaguar Land Rover, the new app lets motorists control all their motoring outgoing by inputting their registration details.

It says that the rollout of the charge will impact on one in 4.6 London cars, with further research showing that 565,000 cars on London roads are not compliant with emissions standards required to enter the new ULEZ zone free of charge.

Owners of vehicles that are not compliant will have to pay a daily fee of £12.50. The Ulez operates 24 hours a day, seven days a week, every day of the year except Christmas Day.

Motorists can download the new app from the App Store or Google Play. Its backers say that in addition to handling any ULEZ and C-charge fees, it will look after toll charges such as those for the Dartford Crossing. It will also administrate payment of fees for car insurance renewals.

“The Ulez expansion is something that will impact one in 4.6 cars currently on the road in London today. That’s huge,” said Sai Lakshmi, CEO and Founder of Caura.

“We’re here to help motorists cover every part of their car admin and with the new Ulez zone predicted to bring £864 million in charges in the first six months alone, we want to show drivers there’s an easy way to avoid those penalties. That starts with our simple to use app and our commitment to offer London-based Auto Pay set-up free of charge for early adopters – saving motorists up to £10 per car per year in admin charges.”

Caura claims to be the first app of its kind, and it is aimed at both private owners and fleet managers with multiple cars. The firm says that – as other areas of the UK adopt more stringent clean air zones – its services will expand to cover those too.

Backers of the app say that they intend to imbed the platform into vehicle ‘infotainment’ systems, alongside communications, entertainment and apps, so that car owners can manage all their payments from the seat of their vehicle. Land Rover models will be the first to be fitted with the new system. Caura also intends to offer electric charging for vehicles, in time.

According to figures from Caura, the original Ulez resulted in 300,000 Ulez-related fines worth £48 million being issued in the first six months after its original launch in 2019. 46,000 of those fines were appealed, 19,000 successfully. The expanded Ulez is 18-times larger than the original Ulez launched in 2019.

Vehicles not compliant to drive in the single, larger zone from the Congestion Charge boundary up to the North Circular Road (A406) and South Circular Road (A205), include all pre-2005 petrol (not classed as Euro 4) or pre-2016 diesel (not classed as a Euro 6) vehicles. Drivers will have to pay the daily Ulez charge of £12.50 should they enter the expanded Ulez area or be fined up to £160, if they do not pay by midnight on the third day following the journey.