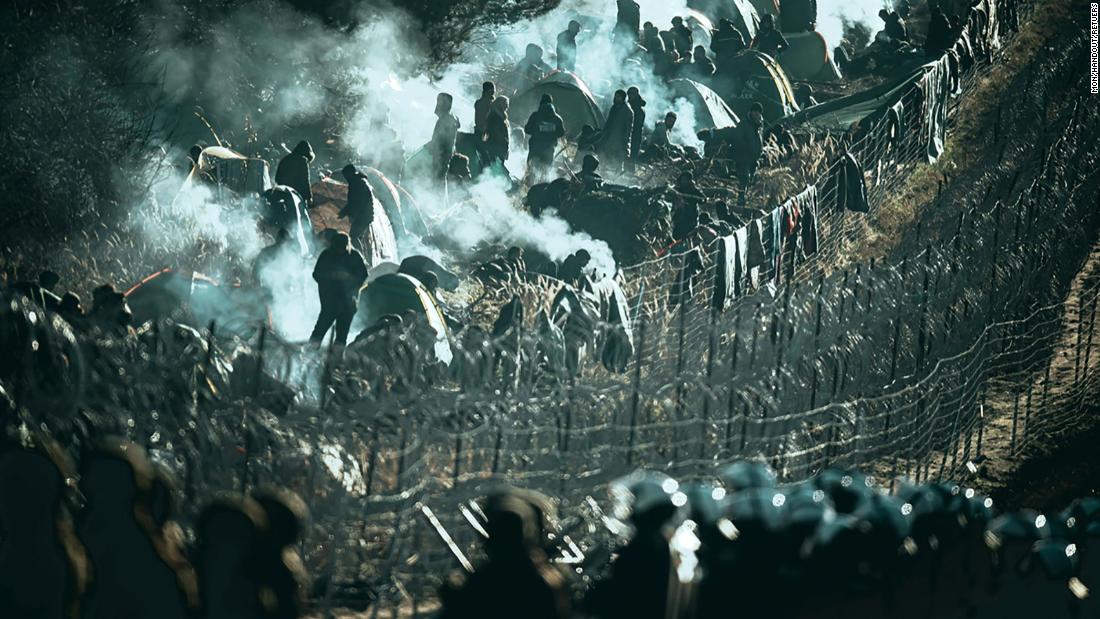 Belarus is ready to issue a response to any new packages of sanctions, President of Belarus Alexander Lukashenko said on Thursday at a meeting with the leadership of the Council of Ministers.

The European Union, the United States and NATO have accused the Belarusian leader of manufacturing a migrant crisis on the EU’s eastern frontier as retribution for sanctions over human rights abuses.

“Too many people started scaring us with the fifth package [of sanctions]. Prime Minister Roman Golovchenko, you were instructed on this fifth package: we should not forgive them anything,” Lukashenko said, referring to the Belarus government leader.

“Poland is scaring us that it will close the border. Please, close: fewer fugitives will move there. The question is not that. I just listened to these scoundrels, who are actually headless. And if we close the transit through Belarus? It will not pass through Ukraine: the Russian border is closed there. There are no roads through the Baltic States. If we close it for Poles and, for example, for the Germans, what will happen then? We must not stop at nothing defending our sovereignty and independence,” Lukashenko said.

He also noted that the transnational export gas pipeline Yamal – Europe runs through Belarus, and recently the volume of gas transit from Russia to the West has significantly increased.

“We are heating Europe and they still threaten us with closing the border. And what if we shut off natural gas there? I would therefore recommend that the leadership of Poland, Lithuania and other headless people think before speaking. But this is their business. If they are closing it, let them close it. The Foreign Ministry must warn everyone in Europe: if they impose additional sanctions on us, which are ‘indigestible’ and ‘unacceptable’ for us, we must answer,” said Lukashenko.

In a statement published on Thursday by the press service of the President of the Republic of Belarus, the head of state alleged there are attempts to transfer weapons and ammunition to the camp of migrants in order to provoke a conflict.

Lukashenko said the Ministry of Defense, the KGB and the border troops need to ensure control over the movement of NATO and Polish troops.

“You can already see 15,000 military personnel, tanks, armored vehicles, helicopters and planes flew. They pulled up to our border, moreover, insolently, without warning anyone. Although under contracts they are obliged to do this,” Lukashenko said.

“You must see them, and you must have plans of counteraction, God forbid that. We are not deploying our group of the Armed Forces, I did not give such instructions. But we must see. And foresee everything. So, if they create a war on the border there, and we turn out not to be ready for it, ” stressed Lukashenko.

Lukashenko added that he had asked the Russian Ministry of Defense through the Russian President Vladimir Putin to join the watch on the borders of Belarus.

“As I noticed yesterday, they sent strategic bombers here, accompanied by our fighter jets. We must constantly monitor the situation at the border. Let them squeak and shout. Yes, these are bombers that are capable of carrying nuclear weapons. But we have no other choice here. We must see what they are doing there outside,” he said.

The head of state noted that Russians and Belarusians must control the situation together.

“That ring — the Baltic States, Poland and Ukraine — should be monitored by Russian and Belarusian servicemen. This is what we have agreed with the Russians. We must not joke. The situation there is serious. Most importantly, they have moved away from the agreements. We do not know what they want,” said Lukashenko.

The President said that on Thursday morning there were 1,790 people in the camp and 322 on the Polish side, whom the Poles tried to push out into Belarusian territory at night.

“But it didn’t work out. They don’t want to go from there. And now 322 people are sitting there on that border. It’s okay, they will sort it out there. But there are 1,790 people, who are mostly in the camp in the Bruzgi area,” said Lukashenko.

I was tooling around Everlane’s website during some of the big sales they were having recently and found this lovely weekender in the...
Read more
- Advertisement -