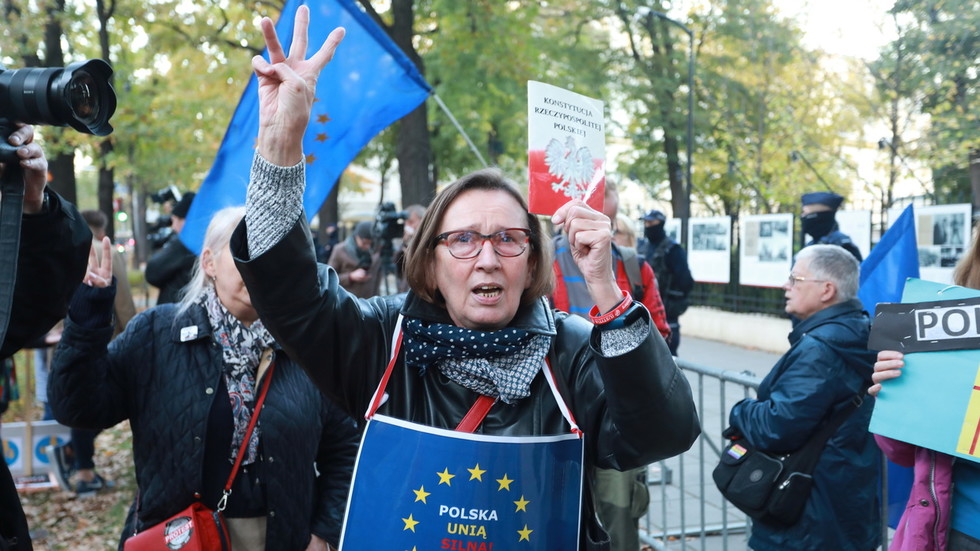 Poland’s ruling Law and Justice (PiS) party has attempted to implement judicial reforms that it says will rid the country’s courts of communist-era influence. However, the EU accuses the PiS of using these reforms to erode judicial independence, and has tied a coronavirus-related bailout package of €57 billion ($66 billion) from Poland to acceptance of the EU’s rule of law demands.

Also on rt.com
A new turf war with Strasbourg pushes Warsaw further down the road towards Polexit from the EU


EU Economy Commissioner Paolo Gentiloni said last month that the outcome of the case could have “possible consequences” for the delivery of these funds. Warsaw called his remarks “blackmail.”

Warsaw and Brussels have also clashed on Poland’s policies toward LGBT people. The European Commission has threatened to sanction Poland over multiple towns and localities in the deeply conservative, Catholic country declaring themselves “LGBT-free zones.” The Commission has already moved to withhold funding from these jurisdictions, with some rowing back their declarations to keep the money flowing.


Additionally, European Commission President Ursula von der Leyen has begun drawing up plans for a bloc-wide effort to have same-sex partnerships in one member state recognized in all, and to make hate crime an offense under EU law.

Such efforts would depend on EU law trumping national law, as Poland’s court on Thursday found it doesn’t.

But Brussels disagrees. In a statement following the court’s decision, the European Commission said that it has “serious concerns” about the ruling, and insisted that “EU law has primacy over national law, including constitutional provisions.”

The Commission added that it would “not hesitate to make use of its powers under the treaties to safeguard the uniform application and integrity of union law.”