Rolls-Royce ‘exploring its dark side’ with the Ghost Black Badge 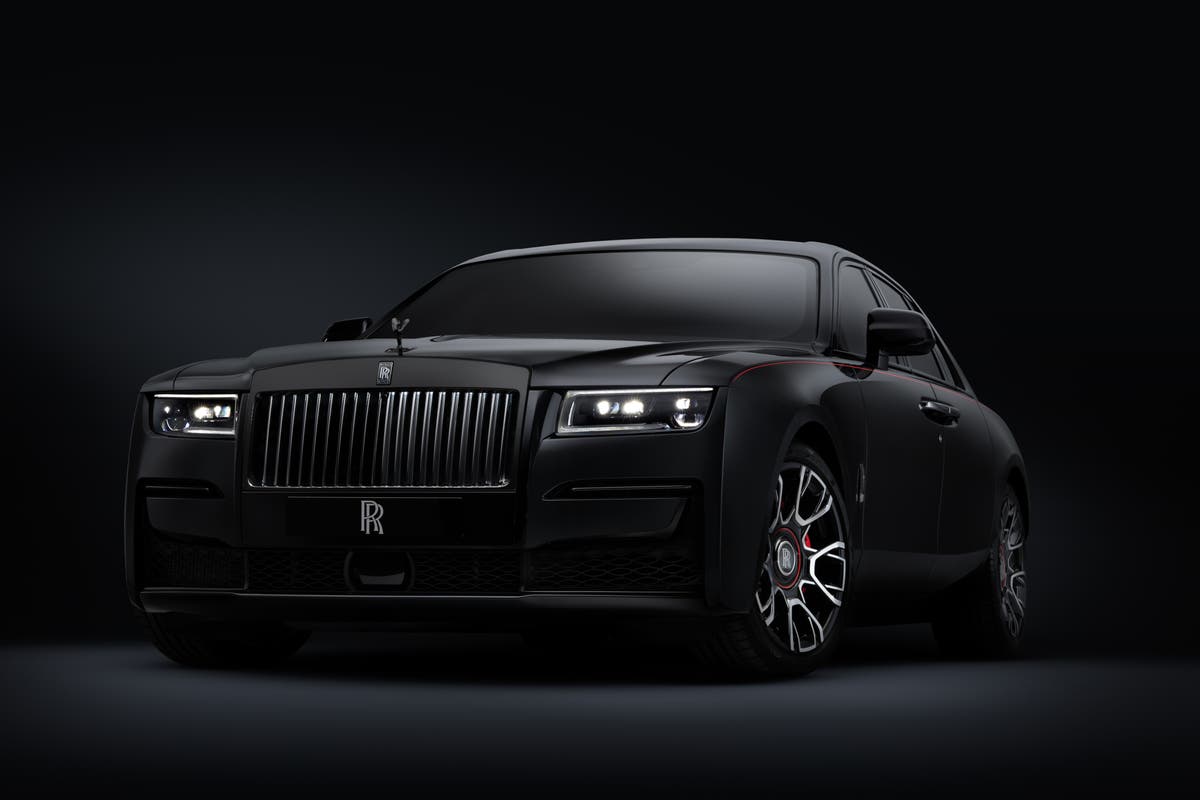 s with some people, the Rolls-Royce Ghost Black Badge has hidden talents, not least of which is that it’s double jointed.

One of the Ghost’s maker’s calling cards is the ability of its cars to waft and cosset their occupants, and a great deal of that has to do with designing suspension systems that iron out the shocks of our increasingly clapped-out roads without making the car ride like a jelly on springs. The Ghost has wishbone front suspension, with a second, smaller set of wishbones to neutralise any residual jarring.

For such hefty thing the standard Ghost gets around bends with real aplomb, but it couldn’t be described as sporting, so Rolls has launched a Black Badge version, intended to retain the car’s sybaritic characteristics but with more ‘poke’ and some visual upgrades to hint at the model’s hidden hooligan tendencies.

This basically means fewer shiny bits on the outside. Regular chrome doesn’t get anywhere near the vertical slats of the hefty radiator, and even its Spirit of Ecstasy mascot manages to retain her dignity with a less sparkly hue.

Rolls customers can choose from about 44,000 different colours, but the car I tried was black as a beetle on the outside, and the facets and surfaces of its less-square-than-you-think coachwork glinted under the lights of the aircraft hangar where I first saw it. This patina was helped by the company’s Goodwood factory spending up to five hours hand polishing the paint.

It squatted on massive tyres that clasped model-specific 21-inch wheels with alloy interiors and carbon fibre rims, each worth considerably more than the car I normally drive.

Rolls is not above lapsing into fluent marketing speak, describing the Ghost in general and the slightly sinister looking Black Badge in particular as ‘post opulent,’ but the words ‘minimalist bling’ spring to mind. It’s subtle in an unsubtle way.

Much the same could be said of the interior. Rolls long ago branched out from making cars with a wood and leather gentleman’s club ambience. Black, carbon fibre inserts of various weaves and patterns take the place of cherry wood veneers, and the test car had yellow leather seats. Somehow this ensemble worked.

One daft-but-fun feature was the constellation of tiny lights in the roof lining. After dark these glittered in a star like way, and very small fake comets could be made to whiz over the passengers’ heads. This was a human, playful touch in a car that on other levels takes itself very seriously indeed.

The Black Badge is powered by a 6.75 litre, V12 engine, driving all four wheels via an eight-speed automatic transmission. With almost 591bhp on tap, the car isn’t a shrinking violet. Top speed is a governed 155mph, with 0-60 mph in 4.5 seconds, so in the right circumstances it will go hell for yellow leather. Press the ‘low’ button on the transmission wand and a thundering 900nm of torque is available from 1,600rpm, and if you squash the accelerator into the deep pile carpet, gear change speeds go up by 50 per cent.

To demonstrate that it didn’t have charging rhino-like dynamics, Rolls had commandeered a stretch of airstrip runway lined on either side with green flashing lights, between which we were told to drive as fast as possible. These were followed by red ones to indicate slowing down was needed as the tarmac was about to run out.

The car’s transmission change points are finessed using GPS satellite to read the road, while cameras feed back data to the computers that control its air suspension.

Snarling quietly, the Ghost Black Badge hurled itself at the horizon in an entirely twitch-free manner.

We were encouraged to make this giant vehicle slalom its way back to the start line at speed, aided by four wheel steering, and it changed direction in a way that belied its bulk. The brakes are excellent, which is just as well.

A night drive on rain-lashed public roads followed, and diving down dank, unlit country lanes, wipers flailing, I was only reminded a couple of times of the Ghost’s width in tight passing places.

I really liked the light-but-lively steering, and found this a composed, easy-to-live-with companion. Demerits? Inevitably, the ride is a little firmer than the standard Ghost’s and is mostly serene, but once or twice its composure could be slightly upset by poor surfaces. The sat nav graphics looked a little dated and not entirely easy to follow, and the system’s ability to amend and upgrade a pre-programmed route to avoid traffic hold ups was a definite plus.

For all its ‘sporting’ aesthetic, the interior is a place you sink into, and this is a deeply relaxing, peaceful space in which to travel. There’s enough kit to make an influencer gush, from a rear cabin drinks fridge with fluted glasses to an in-car entertainment system with pristine sound and sufficient power to turn your internal organs to jelly.

Exotic cars are inessential things and hard to justify, and the Ghost Black Badge is no exception, but that doesn’t stop it being good at its job. Driving it was a guilty pleasure, but a pleasure nonetheless.