Sacrificing sovereignty is ‘the opposite’ of why Poland joined EU, but don’t expect ‘Polexit’ from it, veteran observer tells RT 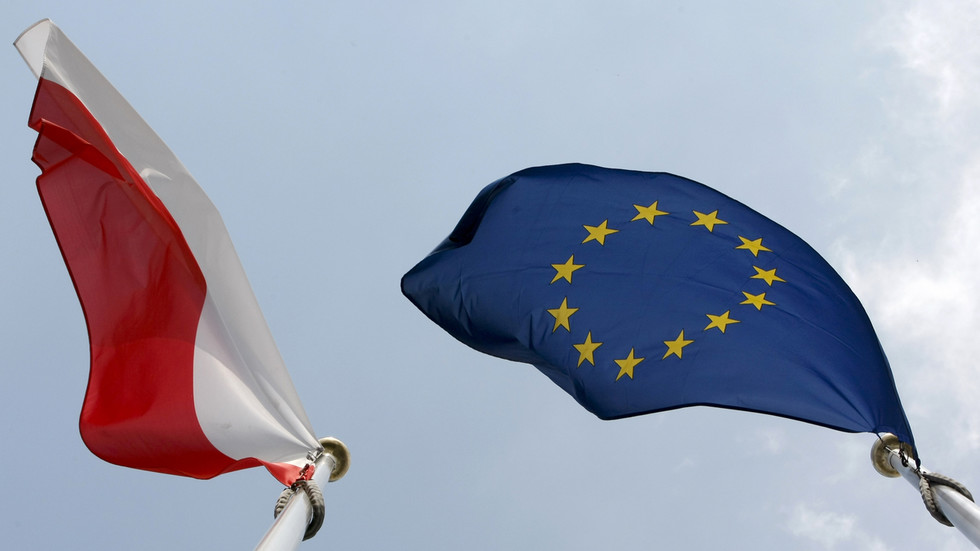 Poland joined the EU to protect its sovereignty, but its idea of the bloc clashes with that of the original members, political columnist Mary Dejevsky told RT. But, she says, despite the rule-of-law row Warsaw’s exit is unlikely.

The bitter row between the EU and Poland, revolving around the country’s rule of law in general and the disciplinary chamber of its Supreme Court in particular, will be a very difficult issue for the union to resolve, Dejevsky, a veteran foreign correspondent who worked in Moscow, Paris, Washington and China, and is a foreign affairs columnist at the Independent, believes.

Moreover, Poland is not the only EU nation with motives for joining entirely different from those of the original members of the European bloc, so similar conflicts may arise again, Dejevsky believes.

“It’s going to be very difficult for the European Union, because Poland is not the only country that joined the European Union with a different idea of why it was joining from the idea that united the original members,” she told RT on Tuesday. “Their idea was European peace, that there should never be a war in Europe again.”

Poland, as well as “some of the other countries that joined after the end of the Cold War,” had joined the EU with a fundamentally different idea in mind, seeking to “protect their security, their independence and their national character, national identity,” the columnist added.

The original idea was about sacrificing a degree of sovereignty to the European Union, and that’s almost the opposite of the idea of the countries like Poland joined with.

While a different vision of the reasons to stay within the bloc results in flashpoints like the rule-of-law row between Brussels and Warsaw, Poland is unlikely to actually leave the bloc, despite its bold rhetoric, Dejevsky believes. Membership is way too beneficial for Warsaw, while collisions with Brussels are actually a bigger problem for the EU than for Poland itself, she remarked.

“Whether that could lead to a Polish equivalent of Brexit, I think, almost to the very same reasons, it won’t lead to a Polish ‘Prexit’ or whatever it might be [called], because membership of the European Union is far too important as a protection for Poland,” Dejevsky explained.


Despite repeatedly standing by its controversial judiciary reform and brushing off EU threats to cut funding or implement other restrictions, Poland ultimately folded to the pressure on Tuesday. The country’s PM Mateusz Morawiecki announced the government will dissolve the controversial disciplinary chamber of the country’s Supreme Court.

Similarly to the intra-EU clashes, the tensions between the EU and its eastern neighbor, Russia, also have their roots in the Cold War era, Dejevsky believes. In the West, many decision-makers still treat Russia as an offshoot of a Soviet Union, while the two are actually “completely different,” she said.

“There’re two main obstacles. One of them is just still the shadow of the Cold War,” Dejevsky said. “The other aspect is that there’re points on which there’s a genuine difference between Russia and the West. One of those has been the expansion of NATO and the European Union.”


While the expansion of these entities appeared like a “good thing” from a Western perspective, for Moscow the process looked like a “threat for Russia’s national interest and Russia’s security.” This, as well as other issues, makes for “genuine conflict of interests,” and without talking them through “honestly” it would be very difficult to get a “new understanding” between Moscow and the West, Dejevsky feared.