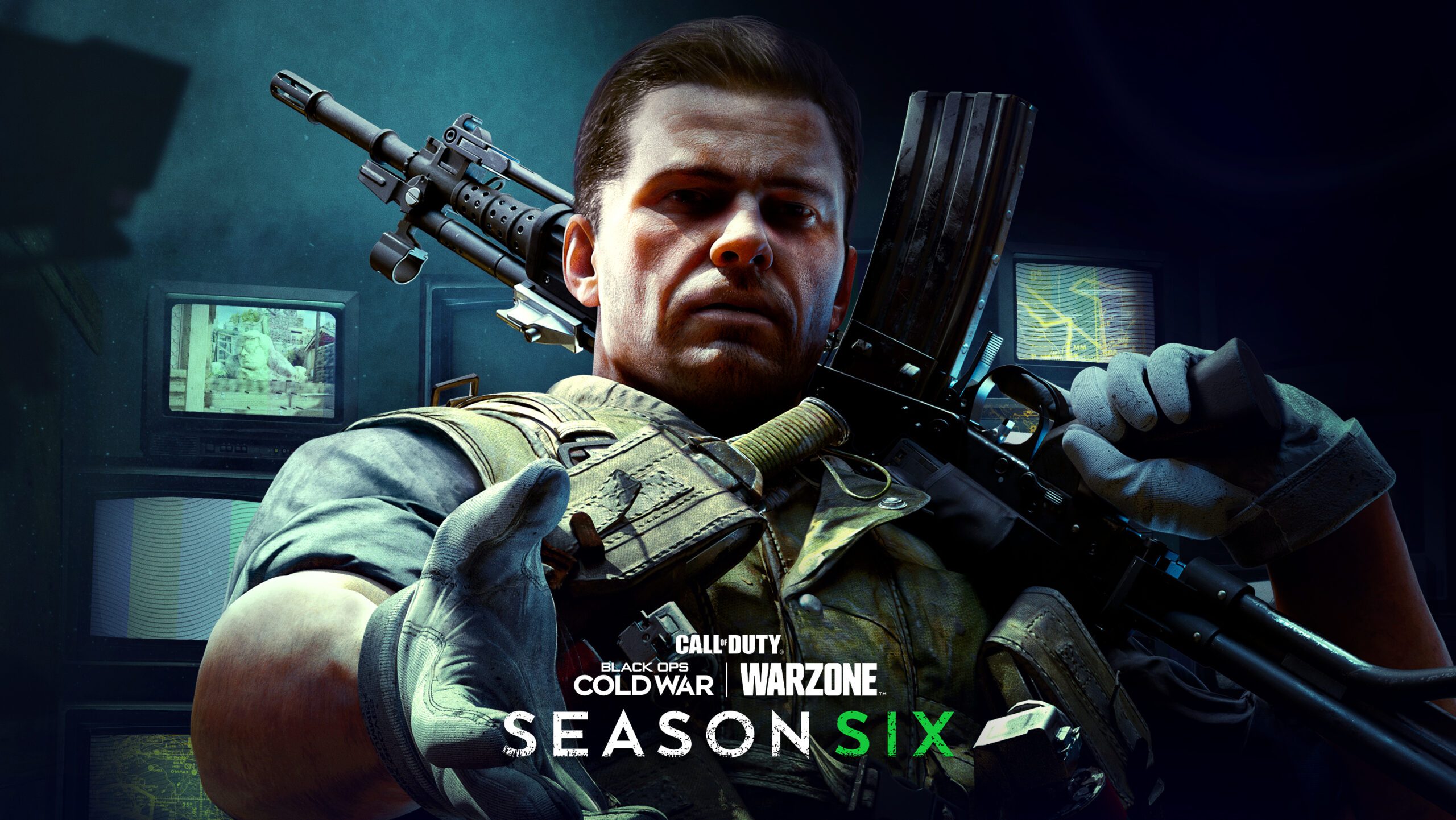 Season Six marks a huge turning point in the Black Ops Cold War and Warzone storylines, as players will experience the epic conclusion of not one but two major events: the finale of Black Ops Cold War Zombies, and the groundbreaking near-destruction of Verdansk. And that’s just scratching the surface.

Season Six of Black Ops Cold War and Warzone arrives on PlayStation on October 7. Here’s what you need to know: Gear up for the final showdown against Perseus with two new weapons, courtesy of the Season Six Battle Pass: the .410 Ironhide and the Grav. Earn three more weapons — the devastating Battle Axe, new LAPA SMG, and dual-wield Hammer and Sickle — by completing their-game challenges or by purchasing their corresponding Store Bundles throughout the season.

The ultimate confrontation in Verdansk ’84 approaches, and the situation couldn’t be more drastic. Adler’s gone AWOL, sending his CIA colleagues into a panic, and seismic devices located near WWII-era bunkers have triggered a massive explosion in the Downtown area.

Old Verdansk Stadium has come crashing down, offering greater maneuverability throughout the area as you weave in and out of the destruction. Southwest of the stadium, Downtown has also been fractured, its buildings toppled into the fissure. Expect less verticality, as well as new areas to explore in both locations.

Explore the World War II–era bunkers around Verdansk for insight into the events to follow in Call of Duty: Vanguard. And when you’re eliminated, fight for a second chance in the new Gulag. Inspired by the original 1v1 maps in the Verdansk of 2019, this Gulag takes you deep into the Zordaya Prison Complex. Season Six brings the Black Ops Cold War Zombies experience to its epic conclusion. As an otherworldly force threatens to enter our dimension, the Requiem strike team heads straight to the heart of Omega Group’s secret test site in western Ukraine. What secrets could be contained within? Forsaken marks the final round-based map in Black Ops Cold War Zombies and the conclusion of the opening chapter of the Dark Aether story. Those who wish to help Requiem must put their lives at stake to save the world. Become a living weapon with the upcoming PhD Slider Perk. Once consumed, your Operator will trigger an explosion when sliding into enemies, with the size and damage of the explosion increasing the farther you slide. Invest Aetherium Crystals to upgrade the Perk even further, granting boons like full immunity to self-inflicted explosive damage and the ability to trigger explosions when dropping down from great heights. Discover the new Chrysalax Wonder Weapon within Forsaken as part of its own quest, through completing Trials, or taking a chance at the Mystery Box. Take on new horrors lurking deep within the Dark Aether… and don’t forget to hit up the Crafting Table for the new ARC-XD and Hand Cannon and Support Weapons. Deprogram (6v6, Launch): Enter Adler’s broken mind in a wild map representing different fragments of his memories, stitched together for epic and surreal 6v6 combat. Use the Red Doors to travel between memories, setting up power positions and expert plays. Amerika (6v6, Launch): A secret military facility in the heart of the U.S.S.R., Amerika represents a Soviet facsimile of an American Main Street. Battle through a prop town featuring a pizza shop, theater, and Burger Town mock-up.

Gluboko (2v2 and 3v3, Launch): Fight in small team operations in an underground vault beneath KGB headquarters. Expect fast-paced, rapid-fire engagements as fights spill out around the main briefing table. Also available in Season Six, and exclusive to PlayStation, is a new Onslaught map – Deprogram – and the Onslaught Elite Limited Time mode.

Onslaught Elite is the challenging standard game mode with one major difference: every surge will spawn an Elite enemy, tripling the danger from the usual survival experience. High value targets, such as Disciples and Tempests, are also included in these surges, making it a true test for the most Elite Operators.

Survive 20 cumulative waves in this new mode, and you get a Legendary Assault Rifle Blueprint known as the “Rock Salt” to show off in your arsenal!

Prepare for The Haunting

Get all this and more, including new Prestige Levels, the new “Fuze” Warsaw Pact Operator, and for horror fans out there… prepare for The Haunting. Halloween is just around the corner! Stay tuned for more.