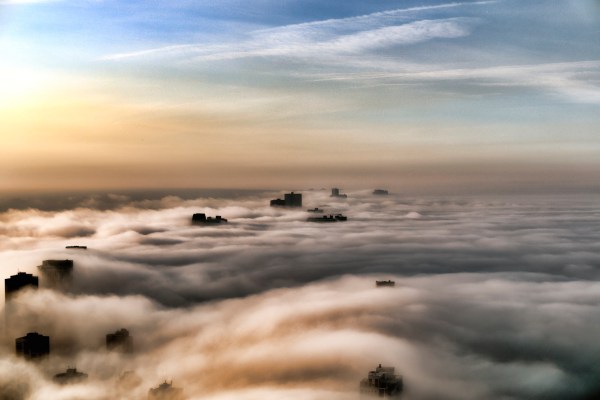 Earlier today, we joined friend and former colleague Jon Fortt of CNBC in interviewing partner Pat Grady of Sequoia Capital, and it proved a wide-ranging conversation (we wound up blabbing for an hour, which was not always the plan). You can check out the video below but we thought there were some highlights worth pulling out for some of you, including as it pertains to the current market, which has never felt frothier.

It’s more than anecdotal. According to a recent Wilson Sonsini report that we referenced during this chat, during the first quarter of this year, the median pre-money valuation for Series C and later financings hit a record $675 million — more than double the full year 2020 median of $315 million. Meanwhile, senior liquidation preferences in so-called up rounds dropped from appearing in 35% of related deals in 2017 to 20% in the first quarter — a trend that suggests that investors are removing terms in order to win deals. In some cases, founders are feeling so empowered that they are calling out investor behavior that makes them uncomfortable, which is something you didn’t see until more recently.

But Grady said not all is what it seems to those of us on the sidelines. Indeed, he said that while Sequoia’s advice to founders as recently as March of this year was to hit the gas, things have changed more recently. Specifically, he said, “In the last couple of months, a rollout of the vaccines has kind of kind of tapered, so I would say that fog has descended onto the road [and] it’s not so clear the company should be accelerating anymore.”

We also talked about whether companies can forever stay distributed, Tiger Global, and why one of Sequoia’s biggest portfolio companies, the payments giant Stripe, isn’t a public company yet (though it has reportedly hired a law firm to help with preparations). You can find that in the video if you’re so inclined.

On how COVID has impacted Sequoia’s outlook compared with the financial crisis of 2008, when Sequoia famously published its now-famous “RIP: Good Times” memo:

PG: If you go back to that RIP memo, I’d been at Sequoia for a year or so. It was the first major disruption that I had seen —  it was the first major disruption that a lot of our founders had seen. So the question we were getting was, ‘What does this mean for us?’ It was the same sort of thing that happened in March of 2020 that caused us to put out the ‘Black Swan‘ memo [when] what we said was, ‘Hey, you need to brake when you’re going into the curve, so slow down [and] make sure you kind of have your bearings.’

In March of this year what we said was, ‘Okay, now that we’re coming out of the curve, go and accelerate.’ Unfortunately, in the last couple of months, a rollout of the vaccines has kind of kind of tapered and so I would say that fog has descended onto the road [and] it’s not so clear the company should be accelerating anymore. We’re probably in the midst of more indecision now than we were a few months ago or even a year ago . . .we’re kind of stuck in the middle. And so what we’ve been telling companies today is focus on the basics.

On the signals that suggest a slight slowdown to Sequoia, when fundraising all around continues at a record clip:

If we look at the customer side of things –and this is not a number that you can get out of public companies because of the way they report [but it’s a number] you can see in private companies — a lot of companies added less revenue in the second quarter than they added in the first. So we actually have seen a little bit of a pullback on the customer side of things [and] that hasn’t necessarily shown up in the fundraising numbers.

On whether that pullback is good, bad, or neutral for founders and investors:

The good news is the whole reason startups exist is to solve important problems in the world, and never have we had a broader array of important problems to be solved than we do right now, because both consumer behavior and the way that businesses operate has changed so dramatically in the last 12 or 18 months. So if what I just said sounds like bad news, we actually think that on balance, it’s great news, because we see these jobs opening up in the world that founders are rushing to fill. I think that’s probably why the fundraising numbers are what they are, because everybody sees all those opportunities and they’re eager to jump in.

On what happens when some of these many new opportunities invariably start to converge — given the current pace of startup funding —  and portfolio companies begin to collide, as happened to Sequoia in March of last year:

We have always had a policy that we do not invest in direct competitors. What defines a direct competitor? Two companies who are going after the same customers in the same market at the same moment in time. Now, if we have a company here in the U.S. going out to the US market, and our partners in India or China or Southeast Asia have a company in their market that does something similar for their market, that’s okay, and maybe someday, down the road, they all end up targeting the same sort of customers. But as long as they’re distinct markets at time zero and they don’t look like they’re converging, that’s okay.

When we’ve ended up in companies that had conflicts, either we’ve done the right thing as in the situation you referenced, or when two companies have kind of converged over time, we’ve set up information barriers and done our best to act in good faith.

So conflicts, it is tough.

There are two products in this market. There’s a product that is faster and cheaper money. And then there’s a product that is unfair advantage. The unfair advantage could be nothing more than that Sequoia doesn’t invest in a lot of companies. We don’t invest in a new company every day. We might partner with 15 to 20 new founders in any given year, and there’s some information value in the fact that Sequoia has gotten into business with a company. So if your unfair advantage is nothing more than the fact that Sequoia chose you, so to speak, that’s still a pretty good advantage when it comes to landing customers [and] landing employees. If your product is money, feel free to give it to competitive companies, because they’re going to get money from somewhere anyway.

Share
Facebook
Twitter
Pinterest
WhatsApp
Previous articleJoin Twenty One Pilots’ Virtual Concert Experience on Roblox – Xbox Wire
Next articleFor the sake of our lost loved ones and all the lives ruined, Cressida Dick has to go