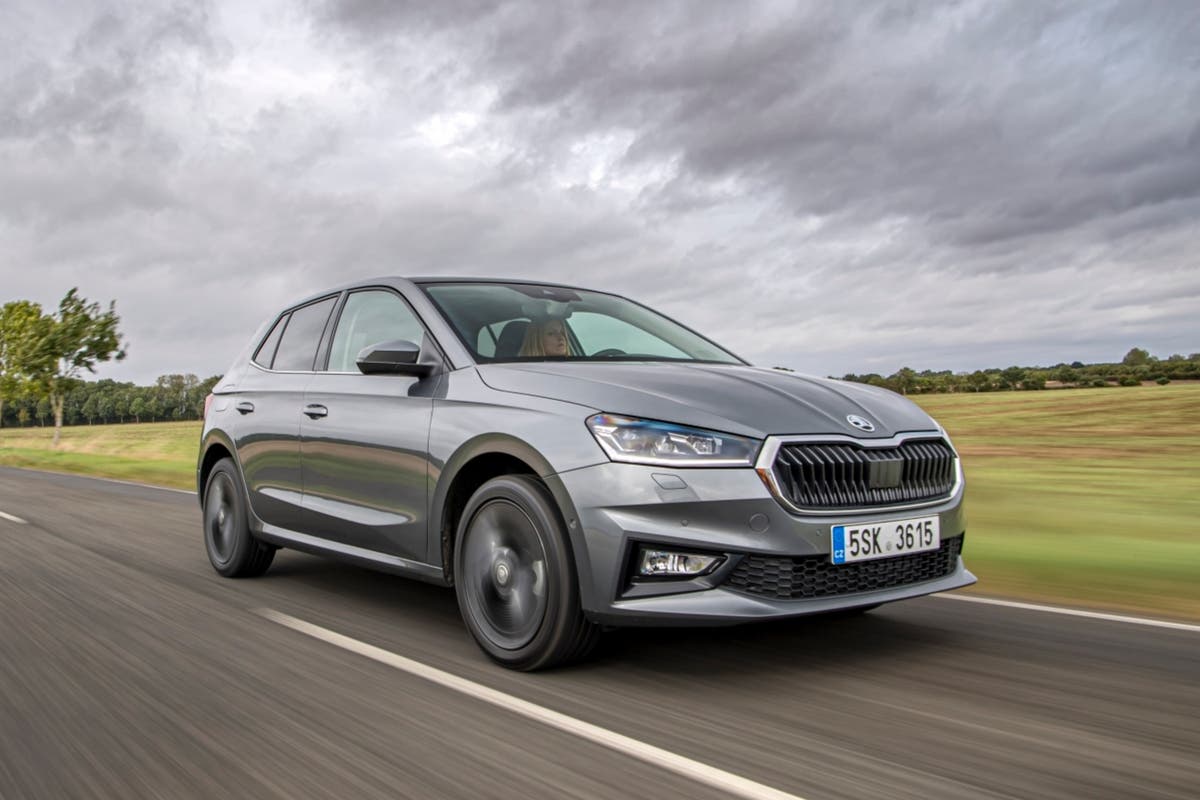 ntil Skoda introduced its now defunct version of the VW Up, called the Citigo, its entry model was the Fabia, and for 21 years it has been a big success for the Czech company, selling more than 4.5 million cars worldwide.

Now a new version is imminent at the end of the year, and to get the publicity ball rolling Skoda brought three Czech-registered left-hand-drive cars to the UK for journalists to sample, albeit briefly, ahead of the car’s launch.

The new model is a little larger than before and is the first Fabia to sit on the Volkswagen Group’s MQB-AO platform.

The car I tried had a 110PS three-cylinder engine and a smooth six-speed manual gearbox, although UK cars with that engine will get a seven-speed DSG twin-clutch gearbox.

It was loaded with all sorts of bells and whistles which might not make it onto the UK spec. But as an indication of what the new Fabia is like, it is still relevant.

Its styling you still recognise as Fabia but it looks a little sleeker and is 11cms longer than before, and it comes with four EVO petrol engines with 65, 80, 95 or 110PS.

On the road the first thing that struck me was how quiet the engine was, although being so quiet made you notice quite a lot of tyre roar. This is a very easy car to drive, with excellent ride quality, good steering and an attractive cabin with a digital dashboard.

The test car’s cabin came with various bronze-coloured trim details, which apparently were not to do with the car’s metallic bronze paintwork, but the trim level. There were also hints of piano black and chrome-look embellishments on the knobs and switches in common with other upper trim-level Skodas.

There is plenty of head and legroom in the front, although the rear seats felt a bit cramped without adjusting the position of the front ones.

There will be four trim levels, S, SE Comfort, SE L and Colour Edition, and all will have LED headlights, Front Assist, Lane Assist and air conditioning. Skoda claims the Fabia’s boot capacity of 380 litres with the rear seats in place is the largest in the segment and 50 litres bigger than before.

Prices will start at £14,905 and rise to £17,495 for the Colour Edition, which will have 16-inch black Proxima alloy wheels, a Virtual Cockpit with 10-inch colour display, keyless engine start/stop and an umbrella in a special door pocket, as in the flagship Skoda Superb. There will also be a sporty Fabia Monte Carlo arriving next year.

This fourth-generation Fabia looks like it will bring more of the same characteristics which made previous versions such a hit.