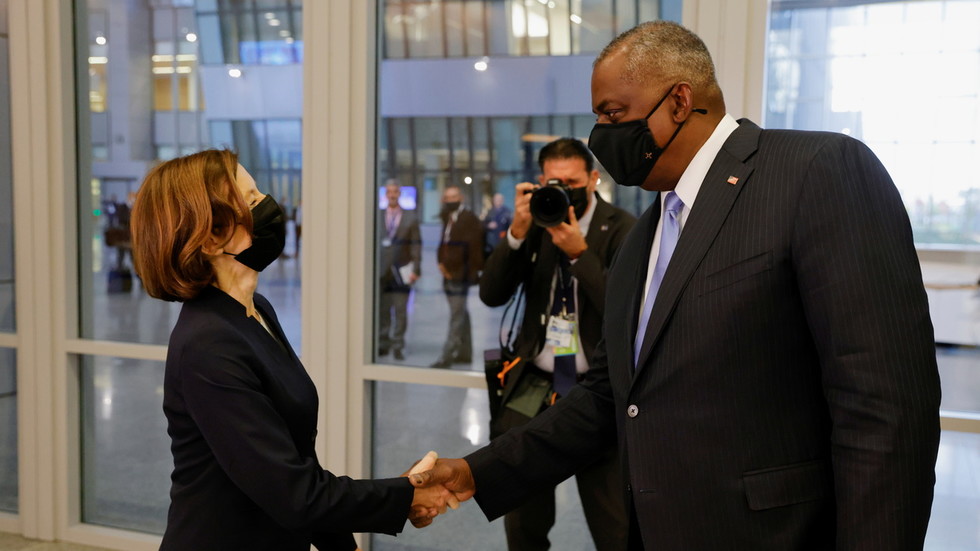 The French minister for defense has told NATO leaders not to be afraid of a new European defense scheme, insisting that the initiative, which is still being debated, would make the alliance stronger and more resilient.

Speaking to fellow NATO leaders on Friday on the second day of a Brussels-based summit, French Armed Forces Minister Florence Parly said that “defensive statements” concerning the formation of an EU military alliance were unwarranted.

“Don’t be afraid,” Parly told the session, suggesting that the formation would be an opportunity and not a distraction. “European defense isn’t being built in opposition to NATO, quite the contrary: a stronger Europe will contribute to a strengthened and more resilient alliance,” she stated.

Also on rt.com
US Defense Secretary Austin doubles down on Biden’s vow to support Taiwan against China


US Secretary of Defense Lloyd Austin gave a positive assessment of the EU defence proposals in his public comments. “What we’d like to see are initiatives that are complementary to the types of things that NATO is doing,” Austin told a news conference.

Austin also called on his NATO allies to live up to providing a credible deterrent to the aggression of their foes.

The idea of an EU defense strategy taking the form of a fighting force has not been universally accepted by all, and many remain unconvinced. On Thursday, Britain’s Defense Secretary Ben Wallace described the proposal as a distraction, telling reporters it was a “red herring.” There’s “absolutely no point in sticking European berets on a whole load of people,” he stated.

France has been the driving force behind the idea of some form of an EU army, with its apparent resolve on the issue undimmed by the recent surprise formation of the ‘AUKUS’ pact, between the US, UK and Australia. The deal saw France lose a $40 billion submarine deal with Canberra, with the US and UK instead pledged to build Australia a new fleet of nuclear-powered subs. Paris described the move as a “stab in the back.”