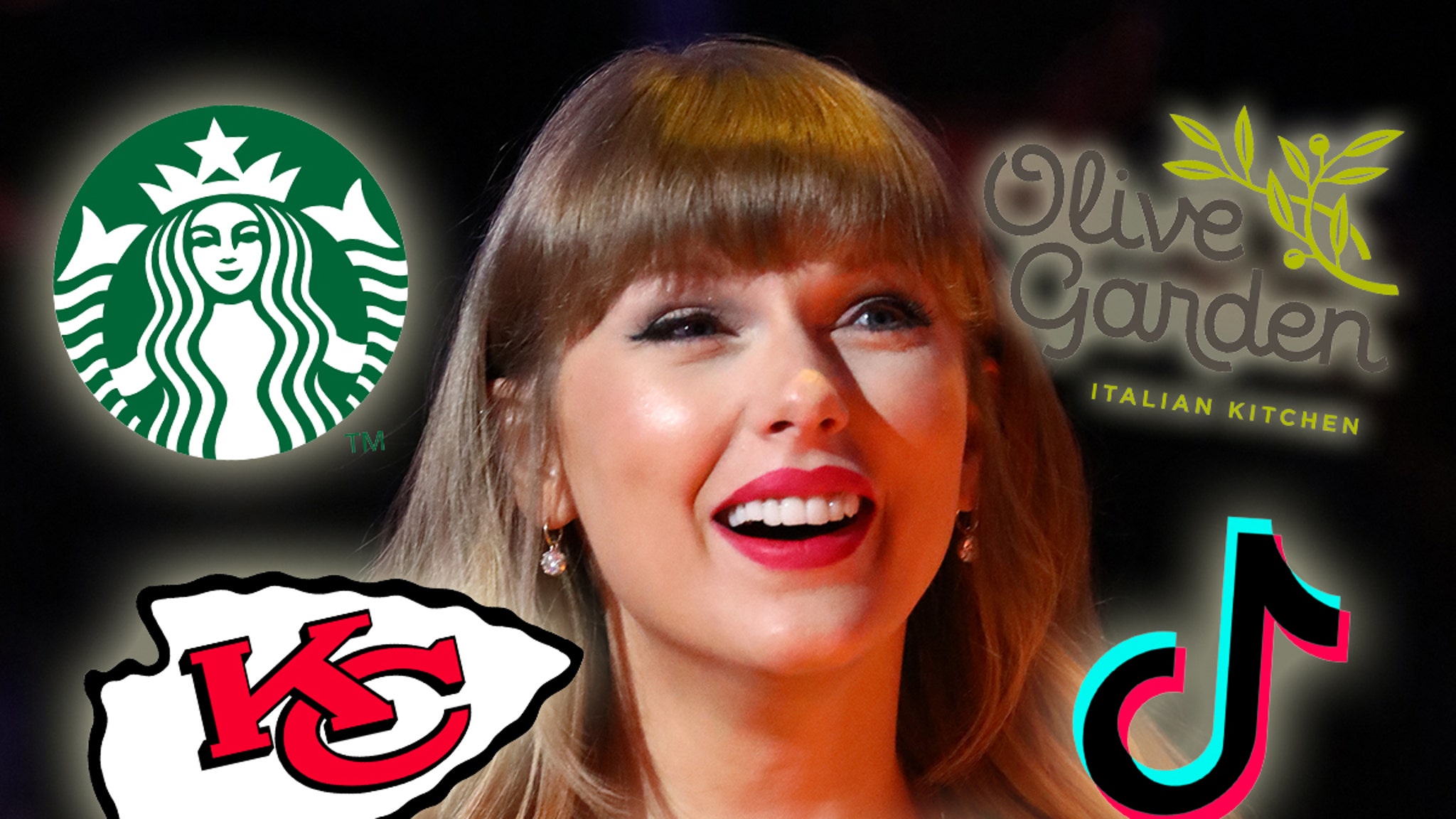 Taylor Swift re-released her newest “version” of the ‘Red’ album — a historical moment that seemingly has the full support of American capitalism itself … seriously, everyone’s onboard.

‘Red (Taylor’s Version)’ dropped on Friday … and with it came a ton of plugs from major corporations covering just about every sector of consumerism … from sports teams to restaurants/food brands, and almost everything else in between — even computer games!

The fact that so many brands/official accounts are putting “taylor’s version” in their account names because they are openly endorsing taylor and HER 👏 OWNERSHIP 👏 RIGHTS 👏 #TaylorsVersion pic.twitter.com/W3gCJiQryM

For starters … a LOT of companies flat-out changed their Twitter profile names to include “(Taylor’s Version)” as an added footnote. While some handles still have it up as of this writing, as many as 6 different orgs appear to have made the change on Friday itself.

Of those that went all in on Taylor … Target, TikTok, GoFundMe, Republic Records, The Sims, The Hunger Games (yes, really), Hockey East Association and others.

Like we said, a good amount of those companies have switched their profile names back to their original titles, but some are still rockin’ (Taylor’s Version).

Even Dylan O’Brien — who stars in TayTay’s new short film — is sporting (Taylor’s Version) in his Twitter bio … as are many, many other normies who aren’t famous.

Beyond just these companies that made the ultimate plug … more tweeted messages in response to the big drop — like Starbucks, Sour Patch Kids, Olive Garden, Etsy, Panera Bread, Chips Ahoy, Taco Bell and a lot more. Shoot … the freaking Kansas City Chiefs got in on the fun too.

The latest version of ‘Red’ — which is basically Taylor singing all those old songs anew — is obviously getting tons of fanfare from every corner of corporate America … and it’s all dovetailed by ‘All Too Well,’ that short we mentioned earlier — which supposedly depicts her failed relationship with Jake Gyllenhaal, who apparently broke her heart or something.

The point here … it seems like Taylor’s foray into this whole endeavor, one she seems to have done mostly to spite Scooter Braun, is actually paying off!