Tested: the air vest that could save a biker’s life 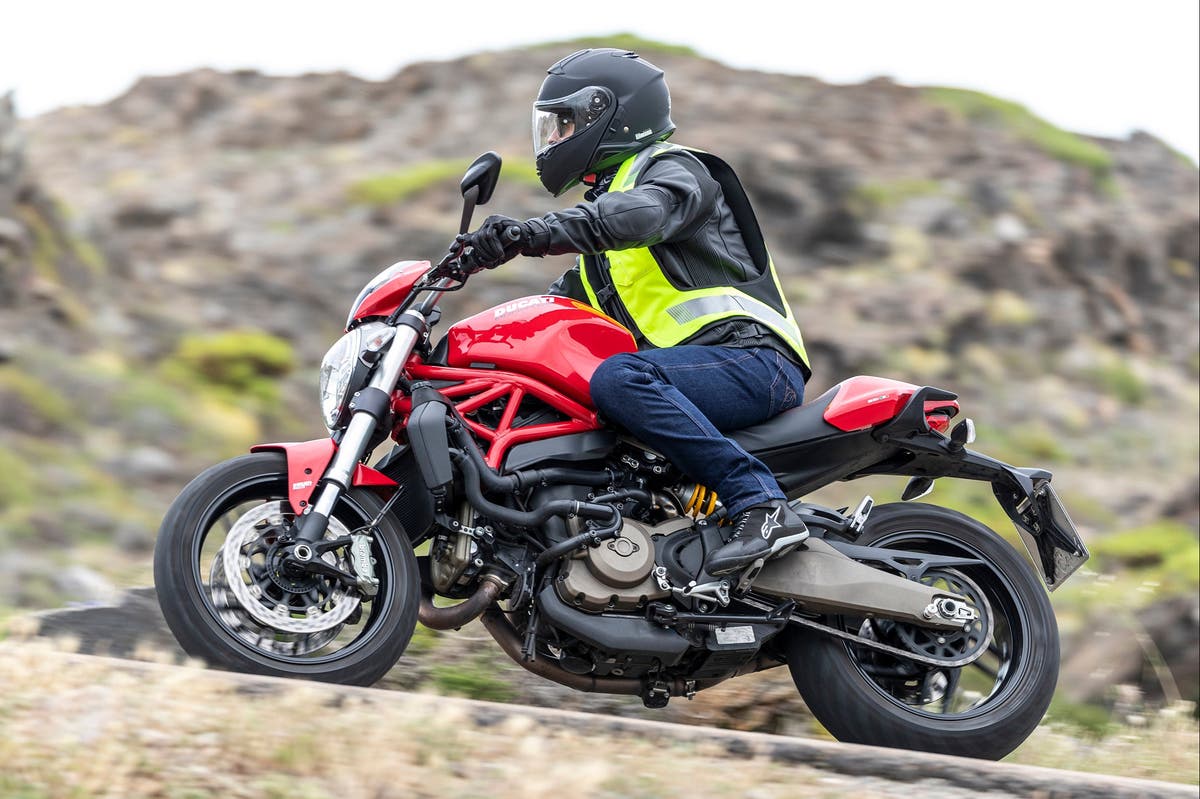 emember when airbags became a thing in cars? They went on to save thousands of lives, became a familiar staple in TV ‘comedy’ sketches – and are now almost universally fitted to new cars in the UK.

Now the motorcycle world is going through the same revolution – but with a difference. Although manufacturers have experimented with fitting them to bikes, that approach has been largely abandoned in favour of airbags worn by the rider.

Several brands now build automated airbags into motorcycle jackets, including Dainese, Alpinestars and RST. They cost considerably more than standard jackets, however, and in some cases need to be sent back to the manufacturer for re-fettling after being activated.

Today the fastest-selling motorcycle airbag product is not an electronic jacket but a ‘vest’ that can be worn over any bike jacket, offering high levels of protection in a collision. The Helite Turtle 2 is triggered by a lanyard, attached at one end to the bike and at the other end to the vest – detonating the airbag automatically when the rider falls off by releasing compressed gases from a compact canister, into specially designed chambers.

It’s such a breakthrough product it’s now often worn by motorcycle racers and police motorcyclists on 18 different UK forces. Made by French firm Helite and marketed here by Helite UK, it comes in two basic forms. The Turtle 2 Air Vest (with the detachable lanyard) – which we reported on in the Evening Standard last year – and the more sophisticated but costlier Helite E-Turtle, which detects when an accident is imminent with ‘algorithm technology’, not dissimilar to that used in cars, and triggering the airbag electronically.

We’ve now had the opportunity to test the costlier E-Turtle too, with positive results.

But first, a recap. We trialled the more accessible Turtle2 Air Vest to see how it performed during riding in and out of London.  It’s in the capital, after all, that 1,019 motorcyclists were killed and seriously injured in 2019 – dwarfing the comparative casualty figure for cyclists (778).

Transport for London figures show that in 2019, 31 motorcyclists died in the capital, compared with five bicycle riders, despite far higher attention that cycle safety receives. So despite the relatively low speeds in London, extra layers of safety are desperately needed.

For London motorcyclists the latest airbag technology – in addition to skilful riding and better-designed roads that give riders more space – is all part of the safety solution.

Like the E-Turtle, Helite’s Turtle 2 Air Vest comprises a hard-wearing, abrasion-resistant outer shell encasing a high-performance back protector and an airbag which – once detonated by a small, replaceable gas canister – inflates powerfully to create an instant, protective ‘wraparound’ tube shielding the rider’s vital organs.

An additional benefit of the Turtle 2 is that by rising around the lower neck on inflation, it helps brace the helmet, offering some neck protection too – without the need for a permanent, sometimes intrusive, neck brace used by some riders.

In practice, remembering to strap the adjustable vest over your standard riding jacket and attach the tether to the ‘anchor’ on the bike is a chore – although you get used to it. Adjusted correctly, the air vest lanyard lets the rider stand on the foot pegs – handy when getting on and off or when riding over rough ground – and while worn is lightweight to feel entirely comfortable.

It’s available in hi-viz – as well as black – to help riders stand out in traffic. If detonated in an ‘off’, the vest can easily be fitted with a replacement gas canister – costing around £20 – within minutes at the roadside.

Advantages of the Helite vest were obvious and welcome, although there were downsides too. The most obvious disadvantage is that – rather like a seatbelt – once worn, you feel naked without it. So there’s no more nipping down to the shops without strapping on the three-buckle vest first, even if you are in a hurry.

Another drawback – at least initially – is remembering to untether the vest before walking away from the bike. Fortunately, you get a gentle reminder as the tether tightens – and it’s not enough to trigger the airbag. The jacket weighs around 1.75 kilogrammes but – combined with the weight of your motorcycle jacket – it feels heavy when you carry it around. Stashing it – together with your jacket and possibly your helmet – when stopping for a cuppa at a crowded cafe on a warm day can be challenging!

And the electronically triggered, cordless E-Turtle? The freedom of not needing to fit a tether to the bike (a drawback if you’re riding, for instance, a friend’s bike, or a borrowed bike), and doing away with the need to attach the other end of the tether to your vest, is liberating.

It makes walking away from the bike on multi-stop trips easier, makes standing on the footpegs easier, and just feels more up to date. The E-turtle is easy to charge up, using the supplied cord, and the charge lasts, literally, for months. Forget to charge it, though (there’s plenty of warning from the flashing light on the front) and you might miss that ride on the one day of the week when it actually stops raining…

The electronics are neatly hidden inside the vest, which weighs 1.85 kgs – marginally heavier than the tethered version. Both versions add a slight layer of warmth; not always desirable, especially in sunny weather. Both vests can also obstruct motorcycle jacket air vents; the answer is to experiment with fit and adjustment to get the best of all worlds, but you may not find the perfect solution.

The key issue for many riders is cost. At £525, the Turtle2 is costlier than many good quality motorcycle jackets. The electronic e-Turtle costs even more, from £625-£775, depending on specification. Helite also produces jackets which include its airbag system, in a variety of styles.

For many – especially poorly-trained delivery riders who might need it most – the cost is prohibitive. Others calculate that it takes just one injury-free accident to make it worthwhile, whatever the cost. And Helite’s own website has testimony to this effect.

The other great thing about the vest – as opposed to an airbag jacket – is that you can put it over any number of your favourite jackets, be they four-season winter garments, or light, summer mesh jackets. Some riders also now wear airvests on track days, and I’d prefer the cordless version for that, when endeavouring to get a knee down in a tight corner…

As Helite UK managing director Peter Riley observes: “Riders do rave about our vests – but mostly after they’ve fallen off.”