This Philippines startup is making coolers out of coconuts 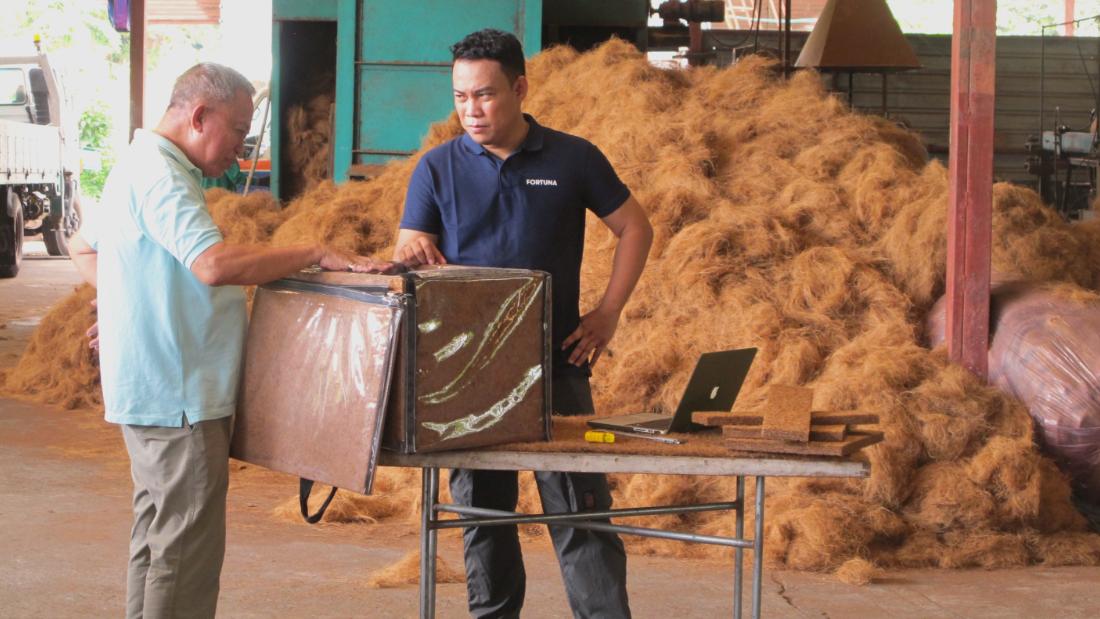 But it also breaks apart easily, and the same qualities that make it excellent for keeping food fresh and cool also make it particularly bad for marine ecosystems.

That’s why one Philippines-based startup has been working on an affordable alternative that it says is better for the environment, and for food producers working within tight profit margins.

Fortuna Cools, founded in 2018 by a pair of Stanford University students, saw an opportunity to use another abundant source of waste in the Philippines: coconut husks.

The Philippines is one of the top producers of coconuts and coconut products in the world, and every year, an estimated 9 billion husks are burned or left in the field, where they can take years to biodegrade.

This durability gives the coconut husks some of the same insulating properties as polystyrene, says Julius Bucatora, operations manager of Fortuna Cools.

Working with Coco Technologies Corporation, the startup developed technology to turn the coconut husks into insulated coolers. First, the husks are broken down into fibers, air-dried, and then pressed into thick boards that make up the box lid and sides.

These coconut boxes are a double win, as it provides extra income to the 30 local coconut farmers it works with, says Bucatora. Each box costs around $20, according to the company — around two to three times the price of polystyrene coolers — but the company says the box lasts for up to a year and will pay for itself in the first three months.

Watch the video for the full story