Threats and troop movements ramp up a European stalemate with Cold War echoes. 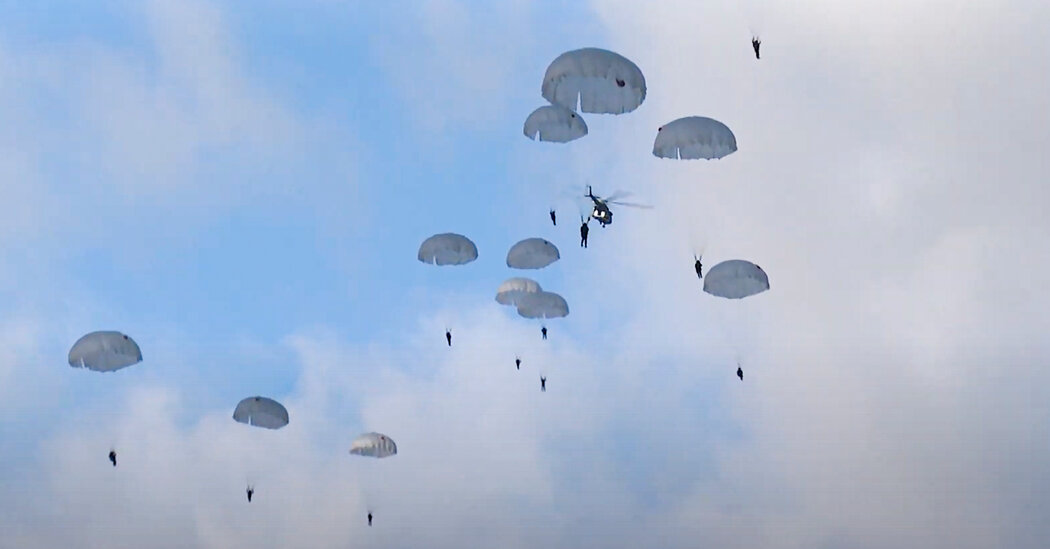 The backdrop of the latest crisis matters because it is playing out along the borders of Poland, Lithuania and Belarus in an area long viewed by NATO as one of its most vulnerable flanks in the event of Russian aggression.

A migrant crisis. Gatherings of migrants along the European Union’s eastern border have led to an escalating stand-off between Belarus and the E.U. Here’s what to know:

European accusations against Belarus. E.U. leaders claim that Aleksandr G. Lukashenko, the autocratic leader of Belarus, has engineered the crisis to punish European countries for harboring his opponents and imposing sanctions.

Fears of a humanitarian crisis. The migrants are stranded in the thick forests that straddle the border, facing bitter cold and an approaching winter. They are unable to enter the European Union or go back into Belarus. Several have already died from hypothermia.

Russia’s role. President Vladimir V. Putin of Russia has emerged as Belarus’s most important backer. Russia has blamed the West for stoking the migration crisis and agreed to deploy nuclear-capable bombers to patrol the border zone.

The 64-mile-wide stretch of land known as the Suwalki corridor forms the border between Poland and Lithuania, and the only land route between the Baltic States — Lithuania, Latvia and Estonia, all members of NATO and the E.U. — and their allies. That thin link is sandwiched between the heavily militarized Russian exclave of Kaliningrad and Moscow’s ally Belarus.

Under NATO’s founding treaty, an attack against one member is considered an attack against all. According to Poland’s ministry of defense, there are currently about 4,000 U.S. troops and 1,000 other NATO troops stationed in Poland. There are also about 4,000 NATO troops in the Baltic States, while Britain has sent a small team of armed forces personnel to Poland to provide support.

Mr. Lukashenko, a onetime collective pig farm director, has resorted to a long-established practice of falling back on his ties to Moscow — military and otherwise. This week, he raised the prospect of shutting off a pipeline carrying natural gas from Russia to Western Europe.

Russia, an on-again, off-again ally of Belarus, has made it clear that its support of Mr. Lukashenko is far from assured — with the Kremlin saying emphatically on Friday that it will not allow Belarus to disrupt the flow of gas to Europe.

The Pentagon has in recent years stepped up training rotations and exercises in the territory of newer NATO allies in the east, including along the narrow corridor of rolling Polish farmland near the Lithuanian border.

In the unlikely event of a land war, American and allied officers say, the region is where Russia or its proxies could cut off the Baltic States from the rest of Europe. Since 2014, when Russia annexed Crimea and began supporting separatists fighting in eastern Ukraine, Eastern Europe has felt increasingly vulnerable.