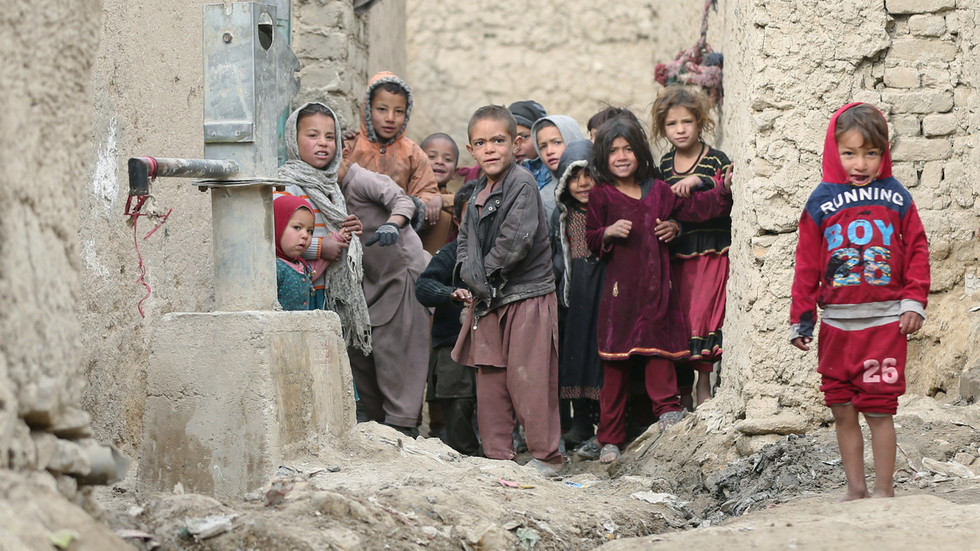 At least seven children were killed in a Kabul drone strike, the UNICEF representative in Afghanistan told reporters. The Pentagon had said the strike eliminated an “imminent threat” by ISIS-K terrorists to the ongoing airlift.

“We have confirmation from open sources that seven children were killed” in the incident, Herve De Lys, UNICEF’s envoy to Afghanistan, told reporters on Monday. “We don’t know who is behind the strike,” he added.

The apparent ignorance from De Lys was puzzling, since the same open sources that reported the deaths clearly attributed the strike to the US – the New York Times, for example.

Family members said 10 people, including seven children, were killed by a U.S. drone strike in Kabul on Sunday.“At first I thought it was the Taliban,” one survivor said. “But the Americans themselves did it.” https://t.co/R0EzvPAgJg

The US military also said it had carried out the drone strike, saying it was done in self-defense against an “imminent” threat by Islamic State Khorasan (ISIS-K). The group claimed responsibility for last week’s bombing at the gate of Kabul’s Hamid Karzai International Airport (HKIA), which claimed the lives of 14 US military members and around 170 Afghans.

“We are not in a position to dispute it right now,” Pentagon spokesman John Kirby told reporters on Monday, when asked about reports of civilian casualties in the strike.

US Central Command spokesman Captain Bill Urban said on Sunday that CENTCOM was “aware” of reported civilian casualties and was still “assessing” the outcome of the strike, which he said targeted a car bomb belonging to ISIS-K. Survivors of the drone strike, however, said it killed multiple members of an Afghan family, all civilians.

“We know that there were substantial and powerful subsequent explosions resulting from the destruction of the vehicle, indicating a large amount of explosive material inside that may have caused additional casualties,” Urban said. “We would be deeply saddened by any potential loss of innocent life,” he added.

Also on rt.com
US military says Kabul strike targeting ISIS-K may have led to ‘additional casualties’ amid reports that family of 9 perished


De Lys said UNICEF is continuing its mission in Afghanistan, even though many outside agencies have picked up and left following the Taliban takeover, as some 10 million children remain at risk and at least 200,000 have been displaced.

“It is clearly a child protection crisis in a country that is already one of the worst places on earth to be a child,” he told reporters.