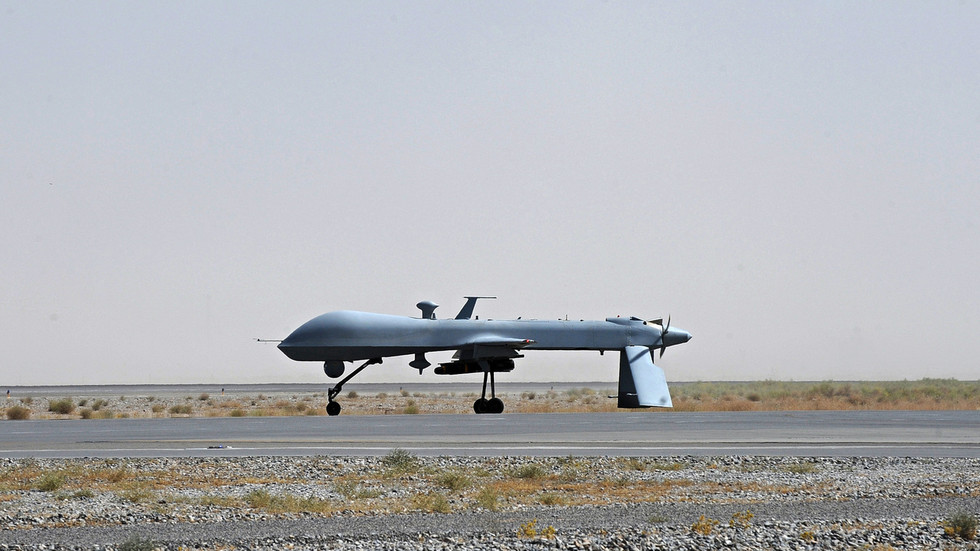 The US Central Command (CENTCOM) has announced it used a Predator drone to kill Abdul Hamid al-Matar, described as ‘senior Al-Qaeda leader,’ in northwestern Syria. The US military claimed no civilians were hurt in the strike.

“We have no indications of civilian casualties as a result of the strike, which was conducted using an MQ-9 aircraft,” CENTCOM spokesman Major John Rigsbee said in a statement on Friday evening.

Though Rigsbee put the strike in “northwest” Syria, CENTCOM named Suluk – a town in the north, near the border with Turkey, as the location of the strike. According to the most recent maps of who controls what in Syria, Suluk is in the area controlled by Turkish-backed militants.

The “removal” of al-Matar will “disrupt the terrorist organization’s ability to further plot and carry out global attacks threatening US citizens, our partners, and innocent civilians,” CENTCOM claimed.

A drone strike has been conducted by an unknown party (probably the Americans) in Suluk, northern Raqqa. The attack allegedly killed a man named Abdul Hamid, claimed to be a former leader in Jabhat al Nusra. Very rare for strikes to be conducted in this area. pic.twitter.com/7Kd49R4WIv

According to the US military, Al-Qaeda “uses Syria as a safe haven to rebuild, coordinate with external affiliates, and plan external operations,” and “uses Syria as a base for threats reaching into Syria, Iraq and beyond.”

Suluk, like other areas where Al-Qaeda is known to operate in Syria, is not under the control of Damascus. The area is controlled by militants historically backed by the US and its allies, such as NATO member Turkey.

It was in Idlib that US commandos tracked down and killed the self-proclaimed ‘caliph’ of Islamic State (IS, formerly ISIS), Abu Bakr al-Baghdadi, in October 2019 – almost a year after all IS-claimed territory was declared liberated.