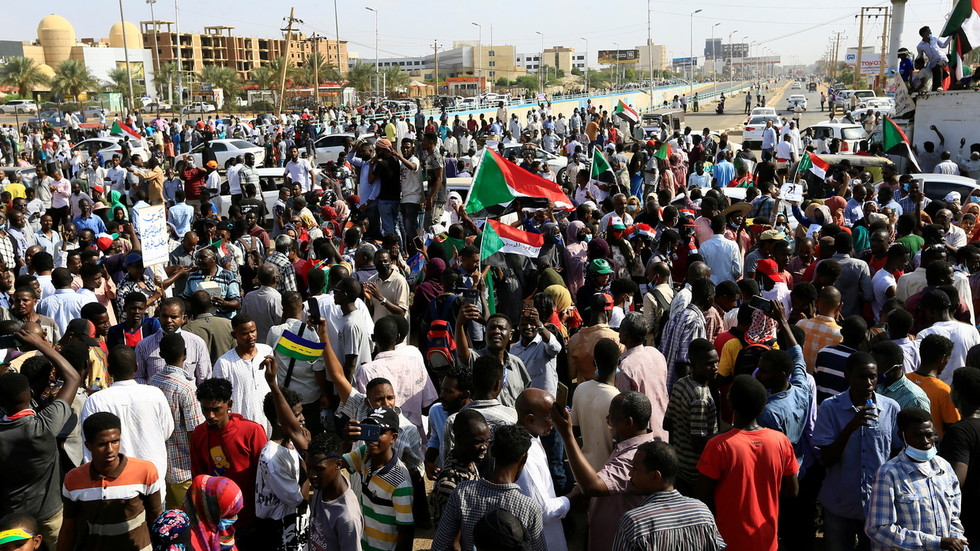 Thousands have taken to the streets of Sudan’s capital of Khartoum as rival demonstrators gathered to support both military and civilian forces vying for power during a tense transition period for the nation.

Supporters of Sudan’s transitional government held a massive march on Thursday, as rival pro-military protesters staged their own rally outside the presidential palace in the capital.

The demonstrations were organized by opposing factions from the Forces for Freedom and Change (FFC) coalition, which had previously led mass protests against longtime leader Omar al-Bashir, back in 2019.

In the wake of al-Bashir’s ousting, a fragile power-sharing agreement was put in place that saw the creation of a Sovereign Council of military and civilian leaders created – and is tasked with overseeing the transition period expected to end with general elections in 2023. A civilian-led cabinet headed by Prime Minister Abdalla Hamdok was also put in place.

Tensions continued to mount in the wake of a failed coup attempt by al-Bashir’s supporters in September, which saw the FFC split into rival groups. One group now supports transition to civilian rule and backs Hamdok’s government, while the other wants the military to take power.

On Saturday, pro-military protesters chanted: “Down with the hunger government” and called on the Army to seize control. They have accused the civilian government of failing to revive the nation’s economy and exacerbating bread shortages. Some even staged a sit-in near the presidential palace.

Elsewhere in the city, crowds supporting the civilian authorities were seen marching and holding banners reading: “Civilian is the people’s choice,” according to AFP. They also urged the military head of the Sovereign Council, General Abdel Fattah al-Burhan, to “give up power” and warned that any attempt to seize power would be regarded as a coup.

Control over the council is expected to be handed over to civilians in the coming months as part of the democratic transition.

Despite accusations flying on both sides, both the civilian and military leaders called on their supporters to remain peaceful and refrain from violence.

Some protesters also rallied against the entire power-sharing agreement, demanding civilian rule, according to some reports. Several government ministers and other officials were reportedly seen marching in different parts of the capital.

The situation in Khartoum remained largely peaceful despite the massive crowds and large police and military forces were deployed to areas considered potential clash locations.

Rallies and marches were also held in other cities, including Khartoum’s twin city Omdurman, Port Sudan in the east, and Atbara to the north. In Omdurman, Al Jazeera reported that one such rally ended in violence as police fired tear gas at pro-civilian protesters outside of a parliament building.

Hundreds of thousands of people rallied across the country, according to Reuters estimates. The protests, which appear to be the largest ones since al-Bashir’s ousting, were held on the anniversary of Sudan’s first revolution in 1964. They were preceded by days of smaller rallies.

The military maintain that they are committed to the political transition and holding elections in 2023. Hamdok, who remains relatively popular despite the economic hardships, said he spoke to all sides in a bid to find a solution to political tensions. He added, though, that he is not a “neutral” or a “mediator” and firmly supports transition to civilian rule.