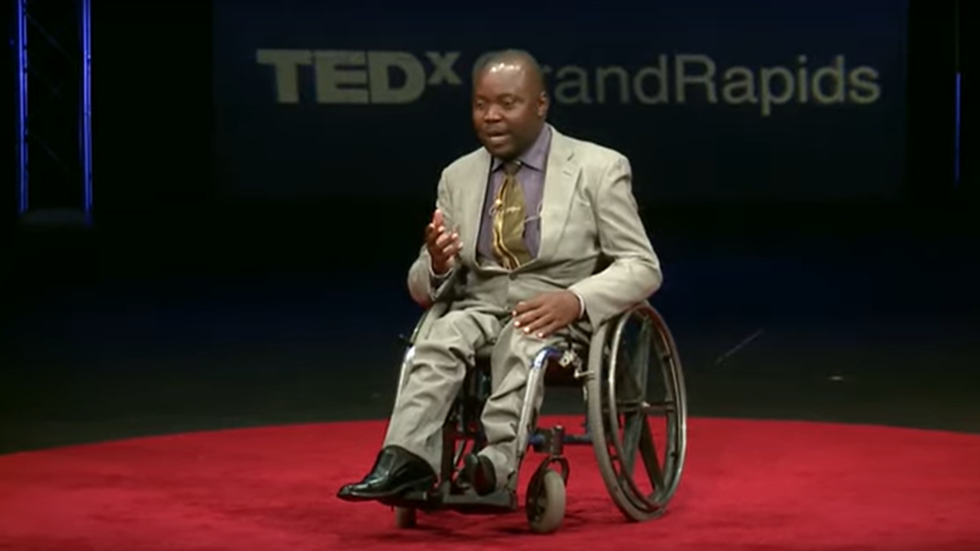 Ex-MP Clement Chiwaya, who had been disabled by polio since childhood, has shot and killed himself at the clerk’s office in Malawi’s Parliament, citing a row over ownership of a specially adapted vehicle that enabled him to drive.

Chiwaya, who had served as an MP for 15 years and was deputy speaker from 2014 to 2019, shot himself in the head with a pistol on Thursday in front of clerk Fiona Kalemba. His body was covered and wheeled out of Parliament on a gurney and loaded into a van after a doctor certified his death.

The US-educated Chiwaya, who was 50, reportedly left a suicide note saying he had become depressed after being forced to “beg” for ownership of his government-provided vehicle, which he claimed to have paid for after leaving Parliament in 2019. He said he feared that he would harm others if he went on living, which would have caused his fiancé and children to be ostracized.

“Parliament feels they have the audacity to deny me what belongs to me, and I have to go and beg them,” the note reads. “I have had enough of that. With a fully loaded gun, I could have killed these people, but I will go alone. Let them prevail.”

Police are reportedly investigating how the wheelchair-bound man was able to get into Parliament with a loaded gun. A statement by Parliament said its security measures will be enhanced following the incident. Guards apparently deemed scanner alerts to have been triggered by Chiwaya’s metal wheelchair when he entered the building.

As for the vehicle dispute, the statement said an ombudsman had found in Chiwaya’s favor, but the decision couldn’t be implemented because the former MP had also taken his case to Malawi’s Commercial Court, which hadn’t yet ruled on the matter.

The specially adapted vehicle was crucial to Chiwaya, who viewed it as key to his independence. “In my whole life, I have worked very hard to ensure that I am self-sufficient, and I don’t rely on others for anything,” he reportedly said in the suicide note.

Also on rt.com
Mistaken for vampires and accused of witchcraft, BBC crew ‘nearly stoned to death’ in Malawi


During a 2014 TEDx Talks speech in Grand Rapids, Michigan where he grew up and attended college, Chiwaya spoke of various ways in which he had exceeded expectations for a person crippled by polio. He also spoke of his uphill battle to be elected an MP in a country where “disability is viewed as a curse from God.”

“It is my sincere hope that nobody in this world will ever have to go through the pain of people trying to bring you down because of your disability,” he added.

In the note reportedly left by Chiwaya on Thursday, he also complained of suffering increasingly from post-polio syndrome, and had reached “the end of my tether” in the fight over his vehicle. “My heart and spirit has been brought down not because of the possession, such as a vehicle, but the persistent begging that I am doing to get what belongs to me,” he explained.