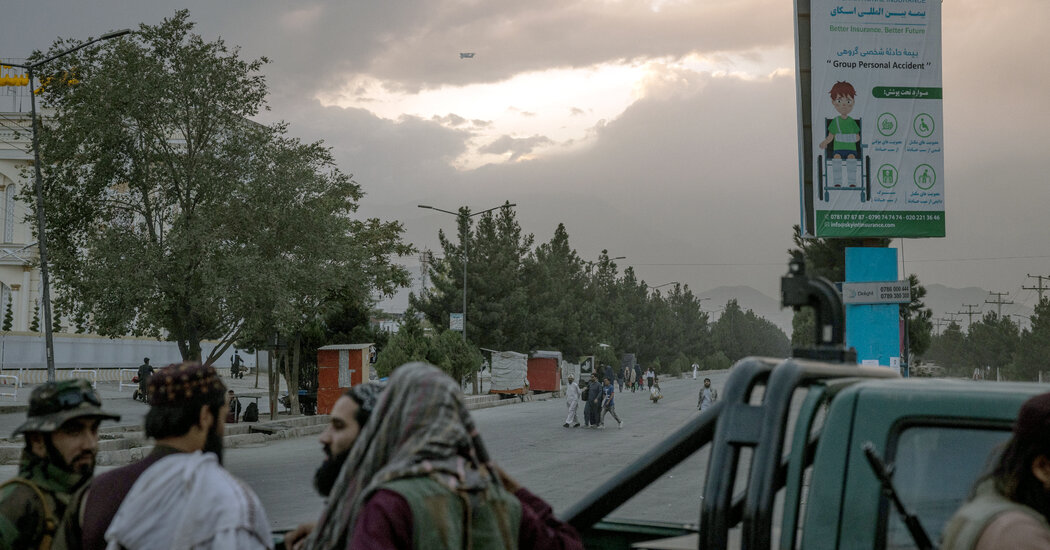 An end to the U.S.’s longest war

The last U.S. forces left Afghanistan late last night, ending a 20-year occupation that began shortly after Sept. 11, cost over $2 trillion, took more than 170,000 lives and ultimately failed to defeat the Taliban, the Islamist militants who allowed Al Qaeda to operate there.

Five American C-17 cargo jets departed the airport in Kabul just before midnight, completing a hasty evacuation that left behind tens of thousands of Afghans, including former members of the security forces and many who held valid visas to enter the U.S. Dozens of members of Congress have become deeply involved in helping to arrange evacuations.

“A new chapter of America’s engagement with Afghanistan has begun,” Antony Blinken, the U.S. secretary of state, said. “It’s one in which we will lead with our diplomacy. The military mission is over.”

On the ground: Jubilant Taliban fighters and their supporters reveled in victory as the news became clear. Celebratory gunfire broke out across Kabul in the predawn hours early this morning, the arcs of tracer rounds lighting up the night sky. See scenes from Afghanistan.

Analysis: For the fifth time since the Soviet invasion in 1979, one order has collapsed and another has risen, writes our reporter. What has followed each of those times has been a descent into vengeance, score-settling and, eventually, another cycle of disorder and war.

The ripple effects of pandemic disruption

Pandemic-related supply chain disruptions were supposed to be resolved by now. Instead, the world is still short on everything — and is likely to be for some time to come, as delays, shortages and rising costs bedevil businesses large and small.

Just as the coronavirus crisis has proved stubborn and unpredictable, the turmoil in international commerce has gone on longer than many expected, because shortages and delays in some products have made it impossible to make others.

Case study: Kirsten Gjesdal, who owns a kitchen supply store in Brookings, S.D., has had to entirely reconsider how she stocks her goods because of delays. “It’s nuts,” she said. “It’s definitely not getting back to normal.”

Quotable: “There is no end in sight,” said Alan Holland, chief executive of Keelvar, a company based in Cork, Ireland, that makes software used to manage supply chains. “Everybody should be assuming we are going to have an extended period of disruptions.”

Here are the latest pandemic updates and maps.

Hurricane Ida has left more than a million people, including most residents of New Orleans, without electricity, more than 300,000 without water and some 2,000 in shelters, officials said. At least three people died in the storm, and hundreds called authorities to be rescued.

New Orleans was spared catastrophic flooding, thanks in part to the $14.5 billion flood-protection system built around New Orleans after Hurricane Katrina.

President Biden promised people in Louisiana and Mississippi that his administration would be there to help them recover from the damage wrought by Hurricane Ida “for as long as it takes.” More than 5,000 National Guard troops have been deployed to help with the search-and-rescue efforts.

First person: In Houma, La., a small city about 60 miles southwest of New Orleans, Jazmine Carter, 20, said she and her parents had watched the scene unfold in horror, as power lines flew around them. “Trees were falling everywhere — it was scary,” she said.

On the Rolling Stones’ first trip to New York, Charlie Watts’s bandmates hit the Apollo. Watts, the band’s drummer, third from right, instead watched jazz greats at the clubs he had dreamed about as a boy: He saw Charles Mingus at Birdland, Gene Krupa at the Metropole, and Sonny Rollins, Earl Hines and Miles Davis.

Ricky, a rat terrier, was able to squeeze into tight spaces. Trakr, a German shepherd, combed the wreckage for two days and then collapsed from smoke inhalation, exhaustion and burns. (He recovered.) Riley, a 4-year-old golden retriever, above, helped locate the bodies of several firefighters.

The efforts of hundreds of search-and-rescue dogs who hunted for life in the smoldering ruins of the World Trade Center are being memorialized in an exhibition at the American Kennel Club Museum of the Dog in New York, reports Sarah Bahr.

Though there were not many survivors to find amid the destruction, the devotion of the dogs to their work became an inspiring sight to emergency medical workers and to others who witnessed the urgent rescue effort.

“The search-and-rescue dogs didn’t rescue any people from the pile,” the museum’s executive director said. “But I think they somewhat rescued the people who were searching.”

Read more about the dogs here.