Zayn Malik pleaded no contest to harassment charges after ‘shoving Yolanda Hadid into a dresser and calling her a “f*****g Dutch s**t’ in fight at Pennsylvania home: Court docs reveal he also screamed at Gigi to ‘strap on some balls’

Zayn Malik was charged with harassment and pleaded no contest after allegedly pushing his partner’s mother, Yolanda Hadid, into a dresser and calling her a ‘f*****g Dutch s**t’ last month in a fight at the home he shares with Gigi Hadid in Pennsylvania.

The details emerged in court documents obtained by DailyMail.com on Friday. They reveal that he was charged with four counts of harassment and that he pleaded no contest.

He was sentenced to 360 days probation, must complete an anger management class and must not have any contact with Yolanda or a security guard who witnessed the altercation.

The documents confirm previous source claims that there was a fight in the couple’s Pennsylvania home – which emerged on Thursday alongside the news that Zayn and supermodel Gigi had split.

The couple share a one-year-old daughter, Khai, and lived in a farmhouse in Pennsylvania, near Yolanda’s home.

According to the court documents and a statement posted on social media by Zayn on Thursday, the incident stemmed from Yolanda going to the property in September when Gigi was modeling with Paris.

Zayn was there, though it’s unclear if Khai was. What transpired next is unclear but the pair started arguing and Zayn shoved Yolanda into a dresser. He also verbally berated her, screaming: ‘Stay away from [my] f*****g daughter and calling her a ‘f*****g Dutch s**t’.

He is said to have called Gigi and yelled down the phone to her: ‘Strap on some f***ing balls and defend your partner against your f***ing mother in my house.’

A security guard was present for the exchange, according to the court documents, and Zayn screamed at him: ‘Get the f*** out of my f***ing house copper.’

Court docs obtained by DailyMail.com on Friday detail how Malik screamed at Yolanda to ‘stay away from his f*****g daughter’ and called her a Dutch ‘s**t’ 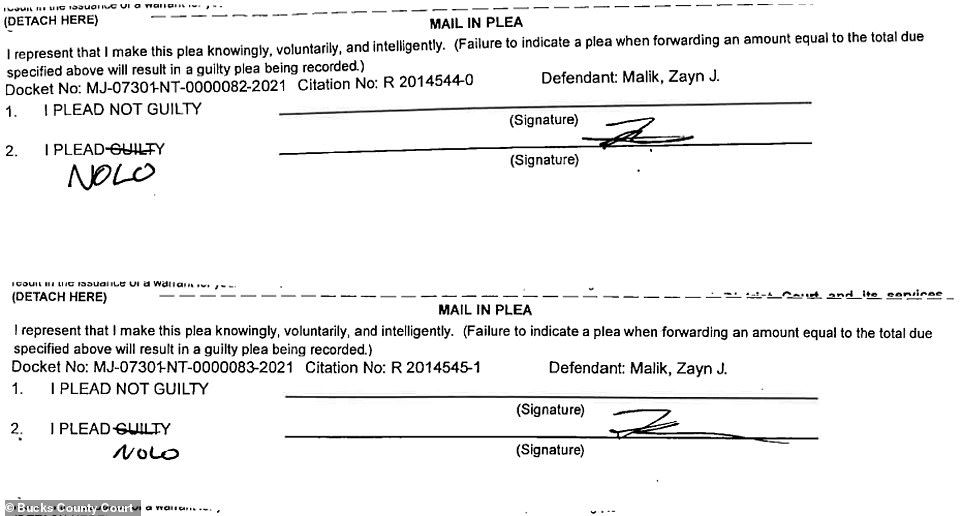 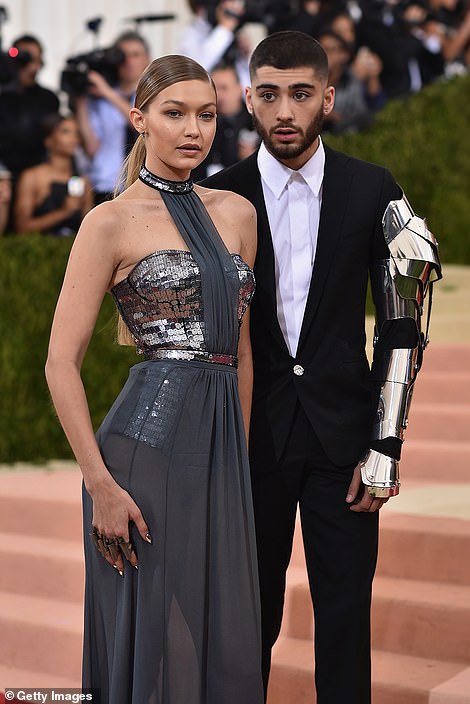 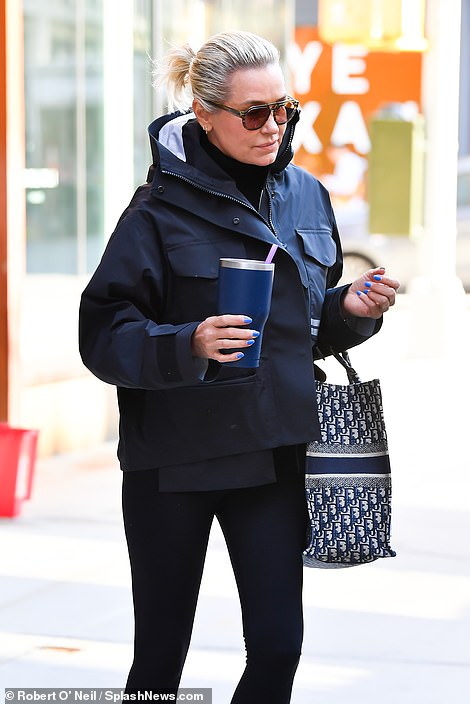 Gigi Hadid and Zayn Malik split after an incident at their Pennsylvania home which involved him being charged with harassment after allegedly pushing her mother Yolanda (shown right in NYC recently) into a dresser and calling her a ‘f*****g Dutch s**t’, according to court documents cited by TMZ on Friday

Gigi is shown left with the couple’s daughter Khai. Zayn posted a statement on Thursday, right, saying he agreed not to ‘contest claims’ but it was unclear at the time he’d been criminally charged over the incident

Gigi has refused to comment in detail on the matter but released a statement on Thursday night.

‘Gigi is solely focused on the best for Khai. She asks for privacy during this time,’ her rep said

Yolanda is yet to comment. Zayn posted a statement on social media on Thursday that confirmed there was an incident, that he pleaded no contest (although it was unclear at the time that he’d been criminally charged) and that he was trying to protect his daughter.

He denied striking Yolanda, as had been reported by TMZ citing an unnamed source.

‘As you all know I am a private person and I very much want to create a safe and private space for my daughter to grow up in. A place where private family matters aren’t thrown on the world stage for all to poke and pick apart.

‘In an effort to protect that space for her, I agreed to not contest claims arising from an argument I had with a family member of my partner’s who entered our home while my partner was away several weeks ago.

‘This was and still should be a private matter but it seems for now there is a divisiveness and despite my efforts to restore us to a peaceful family environment that will allow for me to co-parent my daughter in a manner in which she deserves, this has been ‘leaked’ to the press.

‘I am hopeful though for healing for all involved with the harsh words shared and more importantly I remain vigilant to protect Khai and give her the privacy she deserves.’

The Battlefield franchise is no stranger to bugs and post-launch fixes. However, 2042’s launch was marred by an abundance of game-breaking issues that...
Read more
Gaming

Shares in Sony have fallen after news that Microsoft is buying Activision Blizzard in gaming’s biggest ever takeover.Prices in Japanese technology giant Sony...
Read more
- Advertisement -

The Battlefield franchise is no stranger to bugs and post-launch fixes. However, 2042’s launch was marred by an abundance of game-breaking issues that...
Read more
Gaming

It’s official, the cost of living has hit a 30-year high. So right now, every little counts. Christmas left you with a severely...
Read more
Lifestyle

Are You a Slow Burner? If So, These 5 Metabolism-Boosting Powders Can Help

Whatever you’re doing right now—scrolling through Instagram, brushing your teeth, plowing through your inbox, or playing with your kids—your body is expending energy....
Read more
Load more